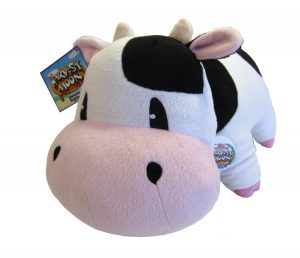 Natsume first announced Harvest Moon: A New Beginning back in March as the first game in the series designed specifically for the 3DS. Now, the Natsume online store lists two options for pre-order: the standard edition of the game which comes with a fuzzy yak plushie and the 15th Anniversary Edition which comes with a 12-inch cow plushie; however, they will not begin taking pre-orders until September 24th. The yak plushie is also the bonus if you pre-order through GameStop.

Harvest Moon: A New Beginning takes you to Echo Village, a town where virtually everyone has moved on, and it’s your job to get the place back in shape and re-grow the population. This is the first Harvest Moon title where you can customize the look of your character including hairstyle and skin color, and you can also have new outfits made at the tailor. Along with growing your crops and raising your animals, you’ll also be in charge of town beautification, giving you some control over how parts of town are laid out, including benches and topiaries.

The yak version of the bundle is priced at $39.99 while the 15th Anniversary cow version will cost $49.99. The game will be available for Nintendo 3DS starting November 6th.