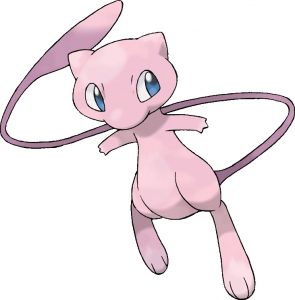 Pokéfans rejoice over your chance to add Mew to your collections. If you are a relatively new Pokémon player, it’s highly likely that you haven’t had a chance to get your hands on the original super-secret legendary pokémon. Between October 15th and October 30th, if you connect your copy of HeartGold or SoulSilver to Nintendo via the Mystery Gift option, you can download a 10th Anniversary Mew of your very own. The Mew starts out at level 5 and only knows the move “Pound” to begin with. If it’s the same version of Mew that was made available in Japan last November and earlier this year, it will also come with a Premier Ribbon attached.

Mew first appeared in the original Pokémon Red and Blue as a secret creature. At that time, it was only unlockable via special events, a special glitch or using a Game Shark to cheat. It has been made available at least two other times, once as a special event in Emerald and later as a reward in My Pokémon Ranch.