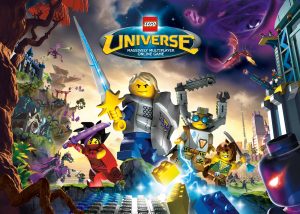 Launched in August of 2010, LEGO Universe is an MMOG based on the LEGO’s and its various kits. There’s pirates, firemen, and samurai worlds. Right now its a subscription play only. Starting in August the game is going free-to-play (F2P). The free area will be limited to two adventure zones and one player property area for building your own creations. While there are no plans for micro-transactions the game will have a “premium” version that will cost $10/month and will cover the entire game.

“The LEGO Group remains committed to success in the digital space and to LEGO Universe,” said Jesper Vilstrup, Vice President, the LEGO Group. “We see LEGO Universe as a key element for our digital play division, and are adjusting the business model to make the game more accessible to players, without the immediate obligation to purchase or subscribe.”

I’m not a big MMOG player but I like that so many games are going to the F2P model. Having a chance to test drive a game before spending your cash is always a good thing. Once this goes through I hope those 2 play areas include Ninjago.