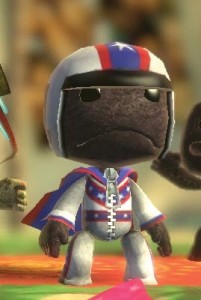 The official announcement is expected later today but a few details have already leaked. Media Molecule’s Little Big Planet allowed the player to create their own platformer style game. The sequel to this PS3 exclusive will allow multiple game styles to be created. A user of the Neogaf forums has obtained a copy of Junes Game Informer and has posted the details.

There is also some details about the first couple of Story Mode levels for those who don’t mind the spoilers.

Looks awesome. Almost makes me wish I had a PS3.

UPDATE: Media Molecule has officially unveiled the game and offered this trailer. Enjoy.