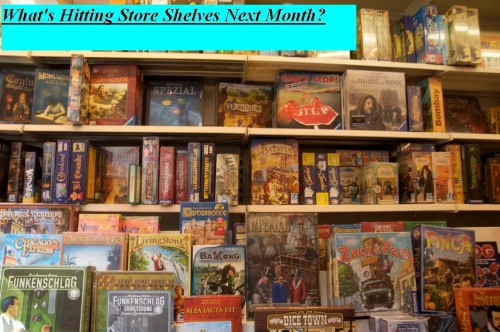 Welcome to the latest monthly post of all the games for all platforms that will be released for the month. We will not be commenting on the games in these posts. This is a FYI only. Check out the Primer Links for more details on the games.

All games are listed in release order. All games that do not specify a specific release day will be listed at the end. All dates are for North America and Europe. More publishers, especially the larger ones, are releasing to NA and EU simultaneously but if they are not released on the same day in both regions it will be noted.

The Disclaimer: The dates come from press releases from the game publishers. They don’t always send out a new press release when dates change but we will do our best to keep the list up to date.