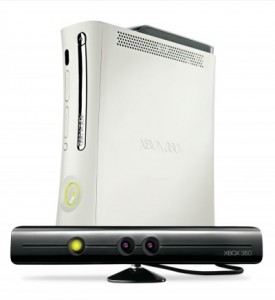 Microsoft Kinect (Previously Known as Natal) is the controller free controller for the Xbox 360.  There are several games already announced for the add-on as well as special kinect only features for the Xbox Dashboard.

Kinect Hub puts your favorite movies, TV programs, music and live sports all in one place — completely controller-free.  Start a movie in instant-on HD in 1080p or your favorite college bowl game by simply saying “Xbox, play,” or browse your entire song library with a wave of a hand.

With Video Kinect, you can video conference with your Xbox friends, as well as watch videos together.