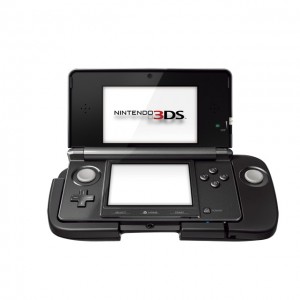 Nintendo World Report got to talk to Capcom’s Ryan McDougall at New York Comic Con, and asked about the availability of the new 3DS slide pad. He responded by saying that it would be available when Resident Evil: Revelations comes out on February 7, 2012. So we now at least have a time frame for release in the US.

Other news coming out of Comic-Con New York, concerns the 3DS version of Monster Hunter 3. Despite online play being a big part of the game series it will not be available on the 3DS version. Local multiplayer is going to have to suffice. You will still be able to download more quests through the internet, just not play others through it.  While there have been no official release dates for Monster Hunter 3 for 3DS in North America, we can speculate that it will release at the same time as the slide pad so sometime before February.