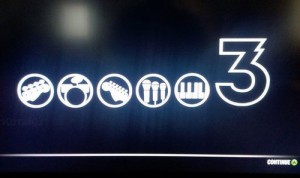 So this morning we saw a video doc showing the keyboard in action. But a few more details about Rock Band 3 are emerging.

Unfortunately Harmonix does not seem to have improved the bass the way the have with the guitars.

Wow!…This is gonna be an awesome game. I may just start using the guitar if I can get one of the Squier Stratcastor’s. I am definitely gonna have to get a new kit so I can use the new drum setup. And the keyboard……..AAAAAAHHHHHHHHHH!!!!!!!! So many choices. Can’t wait for release.