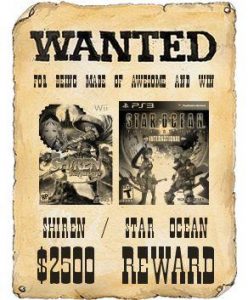 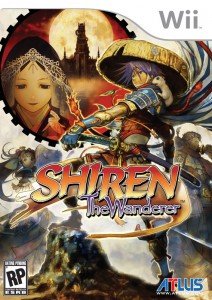 Greg’s Top Pick: Shiren: The Wanderer
My pick for February is Atlus’ dungeon crawling RPG. The Shiren series has been a big hit in Japan and we are finally getting some of the action stateside. The style of action will be familiar to anyone who has played Pokemon Mystery Dungeon on the DS or Chocobo’s Dungeon for the Wii. For every step you take in the dungeon your foes take a step. This brings an element of strategy to the game as you attempt to traverse the area. All the dungeon levels are randomly generated each time you enter, allowing for unlimited replay value. The game strays away slightly from its roots in the level of difficulty it throws at you. In the previous games of the series, the death of your character reset your level to 1 and emptied your inventory. In this latest iteration, an Easy mode is available that simply restarts you at your last save, or you can play Normal mode that takes your inventory away but leaves your levels intact. Either way this game looks promising and brings more RPG goodness to the Wii. Shiren: The Wanderer is available on the Wii on February 9th, 2010. 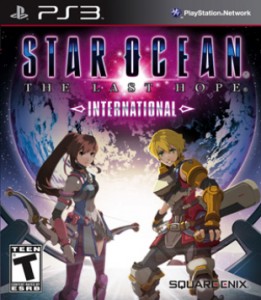 My pick for February is Tri-Ace and Square Enix’s last hope at redeeming themselves for the storyline of Star Ocean: Till the End of Time. I was huge fan of Star Ocean: Second Story on the PS1, leaving me with high expectations for the sequel. While the gameplay of Star Ocean 3 was solid, the story was not everything I had hoped for, and though some critics complain about the pacing of the new story, others have proclaimed it as much improved over Till the End of Time. The story of Star Ocean 4 is a prequel to the other three titles; you are part of the first reconnaissance force to leave Earth, hoping to find inhabitable planets as Earth has been decimated from World War III.
Star Ocean: The Last Hope International also improves upon the real-time battle system that’s been a hallmark of the series by adding the ability to “Blindside” your enemy by dodging their attack and getting behind them for a back attack and adds a fourth character to the fray. The improvements of the International version on PS3 over the 360 version include an additional character and dungeon, some graphical and menu tweaks, and both Japanese and English voice tracks with 6 subtitle languages. It also solves some of the major complaints about the 360 version (poor English voice acting and having to disc swap to go to previous areas). Star Ocean: The Last Hope International is available on PS3 on February 9, 2010.