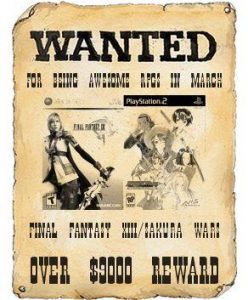 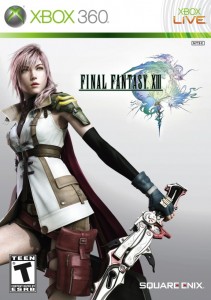 Lots of good games coming out but I’m afraid I’ll have to jump off the bridge with everyone else and pick Final Fantasy 13 as my most wanted for March. Really, who didn’t see that one coming. I’m more surprised that Dan didn’t follow the pack.

So in the Thirteenth installment of a “Final” series (where sequels always suck, so we make each game it’s own unique world) we once again follow the heroic struggle of a small group of people who will save the world where entire governments, armies, monsters and gods have failed to produce results. The girls will look like attractive girls with nice boobs. The guys will look like attractive girls without boobs, arousing feelings that are sensual and confusing. The battle system and leveling system will be changed once again. Chocobos will still be the ultimate way to get around the world and hundreds of hours of my life will be lost as I can never fight the urge to leave a single stone unturned, or leave a single secret undiscovered. Call work for me, I’ll be back in April. 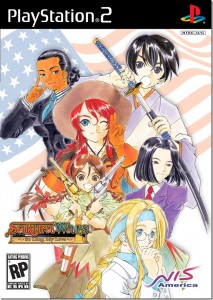 Yes, in a month with so many options, I’m going to go a little old school on you. The Sakura Wars series has been around for almost fifteen years now, but for the first time, one of the titles has made its way across the Pacific. Known as Sakura Wars V in Japan, Sakura Wars: So Long, My Love combines two of Japan’s favorite things: tactical giant robot battles and dating sims. Sega was hesitant to ever bring over one of the titles because dating sims are not a major genre here in North America, but with the success of games like Persona 3 and 4 which have similar mechanics, NIS America finally thought it was worth a try. I had the opportunity to preview the game last year and enjoyed it immensely, and I’ve been waiting with bated breath to see the title with all of its polish. I had the chance to play an imported version of Sakura Wars II on the Dreamcast about 7 years ago, but my Japanese certainly wasn’t up to snuff to enjoy it fully. Since the game requires you to answer quickly in many dialogues, it will be nice to get the chance to play one in my native language.