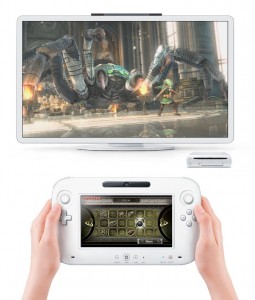 Citing a “person familiar with the matter”, The Daily says that Nintendo is working on a full blown app store for its upcoming console, the WiiU. Some apps will be specifically made for use by the console (like MLB.TV) while others will be tailored for use directly with the tablet style controller.

This goes along with another unnamed source from Forget the Box (FTB).  Their (different?)  source claims the tablet controller will be used like an e-reader and that the 3DS will also be able to use this service. They also claim that this service will allow the download of books, magazines, newspapers, and comic books. While not confirmed by any source FTB mentions that Nintendo once said they would like to make virtual copies of all their official strategy guides and Nintendo Power Magazines.

Out of all the rumors that have been made about the WiiU system this is one that is most likely to be true.  While the 3DS would be a horrible system to use as an e-reader, the WiiU tablet would be perfect for such a use, assuming that you could download the books to the tablets memory for use on the go.  Even if you have to be near the main system, it would be neat to be able to buy the official strategy guides and be able to look at them on the tablet while the game is displayed on your TV.  With the HD capabilities it also wouldn’t surprise me if streaming services, other than Netflix, come to Nintendo just like they have for PS3 or Xbox 360.

The WiiU is confirmed to be shown off at the Consumer Electronics Show next week so if they are going to go forward with these ideas that will be when we would find out.  Hopefully they’ll also give us a final release date for the system at that time as well.