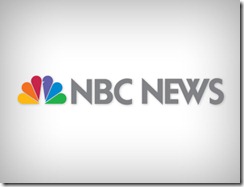 For those in the US, we are now one step closer to the Internet Protocol TV (IPTV) that Microsoft promised us at E3 2011. The NBC content that used to be found in the Inside Xbox channel has been moved to its own channel in the Xbox Live Video Marketplace. The content has also been expanded. You now have the videos broken down into sections including Top News, Most Viewed, NBC Nightly News, TODAY Show, Dateline, and Meet the Press.

After trying out the channel today, I can say there are only two things I want added. A Live feed for the Today Show, and faster updating of the content. The latest videos are from the 23rd, which works for shows like Dateline or Meet the press but is inadequate for the Top News or Today Show sections. My digital TV signal has been crap for the last week. It would be nice to be able to stream the Today show live. But it’s a start.