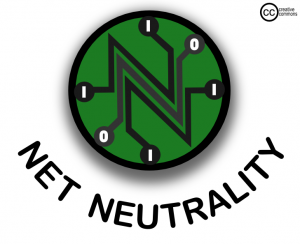 With all the recent dealings between the FCC and the major Internet service providers, Net Neutrality is a hot-button topic across all forms of media. Much of the discussion has been concentrated on how it will affect streaming video services like Netflix, Hulu, Crunchyroll and YouTube. Rightly so, as these services use a massive amount of data, comprising over 50% of all broadband usage at peak hours–numbers that may grow as we start to move into the era where 4K televisions become available.

While the ins-and-outs of Net Neutrality can get quite complicated, it basically boils down to this: Under the current “open” Internet setup, all websites are served at the same speed through an ISP’s network. Whether a person accesses this site or YouTube or ESPN or what have you, the ISP provides access to all of these sites at the same speed. Right now, limitations come from the server where the website is hosted; the network itself is “neutral.” Even with the advent of bandwidth caps and throttling–slowing down of user’s speed for various reasons–these affect all websites that person accesses equally.

As John Oliver explains below, with a good portion of sarcasm and humor thrown in, current discussions could eliminate this neutrality by forcing websites and streaming services to pay for access to an ISP’s “fast lane:”

Those that pay would be given priority–higher transfer speeds–meaning that big-name websites that can afford to pay for the access will load faster on everyone’s computers, while sites that don’t pay for the privilege will take considerably longer to load. And as anyone who spends time on the Internet knows, you don’t go to sites that take a long time to load if there’s a faster alternative. But there is another facet of our entertainment that could also be disrupted if we lose open and equal access to the Internet: gaming.

Online gaming takes a number of forms from MMORPGs to Flash games to FPS mutliplayer and everything in between. While these are more interactive forms of entertainment than video streaming offers, they still use the same Internet infrastructure. That means, if the Internet is no longer “open,” it falls to each developer and/or publisher to determine whether they will pay to ensure fast speeds for their games. Since this fee would theoretically have to be paid to each Internet provider in turn, that could mean certain companies’ games will work better on certain ISPs, leading to something like this hypothetical situation:

Let’s say that EA pays for the “fast lane” on all the major ISPs, Activision pays only for Comcast and Verizon, and Square Enix only pays for Time Warner’s service. The fact is, most areas don’t have more than a few competing broadband services. If you live in an area where Comcast is the dominant provider, then you’ll be fine playing World of Warcraft or Titanfall online, but if you’re a Final Fantasy XIV fan, you’re out of luck. If you live in a Time Warner service area, then you can swap WoW and FFXIV in the previous example. But if you happen to live in an area where none of Comcast, Verizon or Time Warner offers service, you could end up dealing with a lot of lag when trying to dungeon crawl with your friends in Diablo III.

All of the above scenarios rely on servers that are handled by the publisher/developer, so if they pay for the service, everyone who plays their games gets the benefit. But there are scenarios where things aren’t even this rosy for gamers. For one, the developers could turn around and relay these costs to the gamers: Any game with an online component could come with a subscription fee, meaning that players could get nickeled and dimed throughout the year just to get the full gaming experience. If these fees are high enough, gamers may not buy as many games over the course of the year, which comes back to bite the developers.

In the case of smaller developers, who may not be able to afford to pay the toll on the Information Superhighway, it means that developing games that feature heavy online components could be futile. If their games require any sort of intricate timing (e.g., FPS-style gameplay), the lag induced by their less-than-preferential service could lose them customers quickly. The result is that these developers could get punished for issues that they aren’t really responsible for, and if they are hit hard enough, they could end up closing their doors. The same scenario could happen for any game that relies on peer-to-peer connection for multiplayer modes. Since this type of setup relies on the IP addresses of the individual players, typically using one of their systems as the temporary server, they will almost always suffer from slower transfer speeds under the proposed changes.

One final aspect of gaming that could be affected is one that hasn’t yet taken root in our current gaming climate–game-streaming services. Yes, OnLive did not become the end all and be all of gaming, but it still exists and it did inspire Sony to purchase Gaikai and create their Playstation Now service, which is currently in beta. And while Microsoft and Nintendo haven’t signed on for similar services yet, it doesn’t mean it might not happen down the road. These game-streaming services host the game being played on their own server and send the information to the receiving console or computer system, resulting in similar bandwidth requirements to an HD video stream. If these streaming services are slowed down under non-neutral Internet configurations, then it could render game-streaming services unusable.

There are a number of ways that “Open Internet” can be preserved, including maintaining the current status quo or by declaring Internet to be a protected commodity like telephone service. However, the final decision is technically out of our hands. We can voice our opinions to the FCC and our politicians through the FCC comments page under proceeding 14-28: “Protecting and Promoting the Open Internet.” I encourage you all to do so, if you feel strongly about this matter, but in the end, we have to simply hope that they do the right thing for everyone.