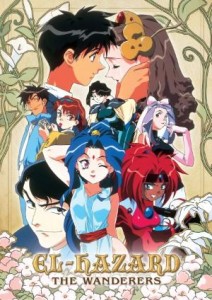 Bandai Entertainment has announced new licenses for the animated versions of The Melancholy of Haruhi-chan Suzumiya and Nyoron, Churuya-san. Both titles are spinoff series from The Melancholy of Haruhi Suzumiya by Nagaru Tanigawa and Noizi Ito that feature super-deformed versions of some of the characters. Originally posted in Japanese as internet-based series, both titles will be available dubbed this summer as part of a two DVD series. The original Bang Zoom! Entertainment English voice cast will be doing the dubbing work for these titles, as well.

In order to announce the new licenses, Bandai once again employed the ASOS Brigade website. The Melacholy of Haruhi-chan Suzumiya is based on Puyo’s manga that follows a chibi version of Haruhi while Nyoron Churuya-san, originally a manga made by Eretto, follows an SD version of Tsuruya. Crunchyroll is already streaming both titles for free on their website, and Yen Press will be publishing the manga version of Haruhi-chan starting in October.

In non-Haruhi news, Nozomi Entertainment has obtained the rights to publish and distribute El Hazard: The Wanderers. The 26-episode series was originally held by Geneon Entertainment, but when Geneon stopped distribution of anime in late 2007, most of its licenses fell by the wayside. The Wanderers is an expansion upon the original El Hazard – The Maginificent World which was only seven episodes. The 26 episode series will ship as a full collection starting this September.