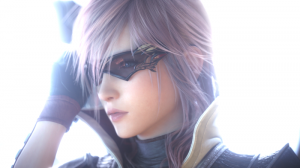 The third game in the Final Fantasy XIII (a.k.a. Fabula Nova Crystallis) series has a new trailer. The trailer shows off Luxerion, the divine city of prayer, as Lightning runs about and fights against a behemoth-type monster. The latest batch of screenshots show off more behemoth battling and also a new character named Lumina.

Lightning Returns: Final Fantasy XIII is scheduled for a fall release for both the Playstation 3 and XBox 360 systems. As we draw closer to the fall, I’m sure we’ll learn more about Lumina’s role in Lightning’s quest to save Serah yet again. In the meantime, you can check out the new trailer and screenshot gallery below.