Crunchyroll has been full of great anime news over the last several days. First off, on the heels of the release of their PS3 streaming app earlier this year, the website is planning to release a similar app for Xbox Live. You’ll need a premium account to log in, and as a premium user, you would be able to watch all of Crunchyroll’s latest shows within hours of their broadcast in Japan with no ads. The app will be available in over 30 territories at launch.

The streaming site has also started to reveal their fall lineup. The first show on our list today is My Little Monster, an anime based on Robico’s manga, Tonari no Kaibutsu-kun. In this love story, bookish Shizuku Mizutani and trouble-maker Haru Yoshida find that one side effect of opening yourself up to others is facing the truth about yourself. This series has already begun, and you can check it out here. 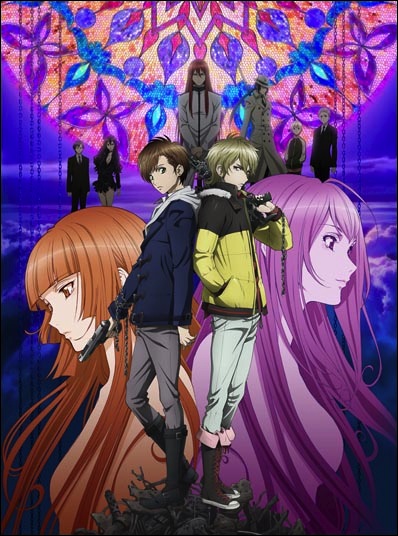 Also, Aniplex recently announced that Crunchyroll will also be streaming their series, Blast of Tempest, starting this Thursday, October 4th. In Blast of Tempest, Hakaze Kusaribe, the princess of a family of sorcerers, is stuffed into a barrel and banished from her home for opposing an evil plot. She sends out a message for help, and is answered by Mahiro Fuwa, a boy who wants revenge on his little sister’s killer. The two enter into an agreement: Mahiro will help Hakaze as long as she finds his sister’s murderer using magic. When this anime starts streaming, you’ll be able to watch it here.

As always, premium users will have access to new episodes of these simulcasting series the day they come out, and free users will be able to watch them several days later. A premium account on Crunchyroll will run you $6.95 a month for an anime-only membership. Head to their membership page if you would like to learn more.

For more of our coverage of Crunchyroll’s fall anime lineup, check out our article on season two of Hiiro no Kakera.