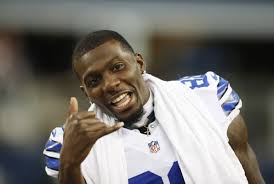 After E3, after the long wait and after annoying all the Microsoft people by telling them how awesome the PS4 is going to be, it is upon us. Just like with movie premieres, book premieres, conventions, and front seats to concerts, fans were lining up everywhere to get their hands on a PS4 and for good reason. People were probably saving for months or begging their parents for the money to be one of the first to have this seemingly amazing device. But what if that you didn’t have to spend that money on a PS4 because a Good Samaritan bought one for you?

This is exactly what happened the night of the release for some people standing outside a Walmart in Dallas, Texas. Dez Bryant plays for the Dallas Cowboys, and when he went to pick up a PS4 for his family, he decided to be generous and buy a few PS4s for some of the people standing in line. Now, Dez Bryant makes close to $12 million a year, so he does have a bit of money to spare on things like this. The PS4 has a retail price of about $400, and it is said he spent about $2,000 on buying PS4s for other people, so he really only bought about four or five for some of the line goers. That’s got to be pocket change for someone like him. I kind of feel sorry for some of the others that still had to use their money to buy a PS4 like normal people.

Living in New Hampshire and reading this leads me to one important question. “Hey, Tom Brady (Star QB of the New England Patriots): how come you can’t be nice like that and buy people PS4s?” Maybe he’s a Microsoft person.