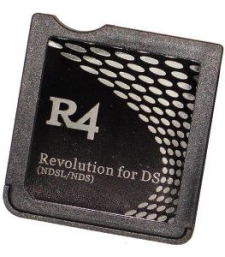 The Federal Court ordered that RSJ IT Solutions cease to sell the chip through its gadgetgear.com.au site and any other sites it owns, they also must pay Nintendo $520,000 in damages. And to top it all off, they have to give up the names of their suppliers.

I think this is getting out of hand. Gadgetgear only stocked the chips, they did not pre-load them with pirated materials. They did not encourage piracy. The R4DS cart can be used for many legal purposes. I’ve said before only those caught using their R4 for illegal purposes should be considered criminal. The only way an importer/seller of the devices should be considered a criminal is if they advertise the devices as a way to play games illegally. Gadgetgear did neither of these. The mere potential to do something illegal is not a good argument. If that was so then cars would be illegal as you can use them to make an escape from a crime scene. All knives would be illegal as you could stab someone.

You can read some of our previous coverage on Nintendo’s worldwide crackdown on the R4DS carts here, here, here, and here. Including where they won (Britain) and lost (France).