Japanese Twitter user @joshua_x_ posted some box art pictures from the upcoming 3DS game Theatrhythm Final Fantasy.  Nothing uncommon about folks doing that.  The interesting part is the top right of the picture. 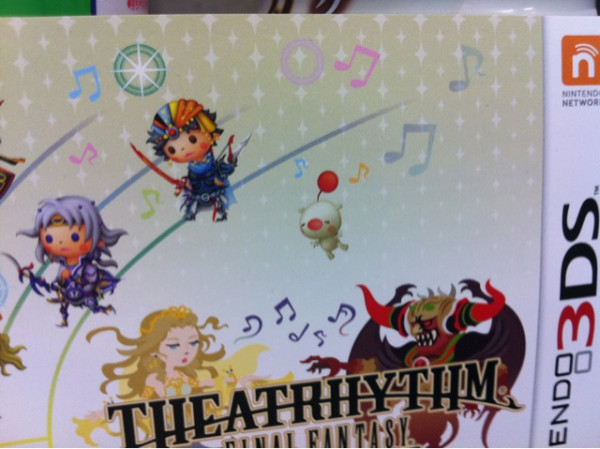 The Nintendo Network has not been officially announced yet but what has been announced is that an update will be released soon that allows for paid DLC and patches to 3DS games. Nintendo may refer to that updating system as the Nintendo Network. It is also possible that Nintendo is simply re-branding its current online system, the Nintendo Wi-Fi Connect.  We will probably get more information next week on Thursday when Nintendo releases its quarterly earnings report.  Reports to the stock holders usually contain tidbits of otherwise unannounced information.