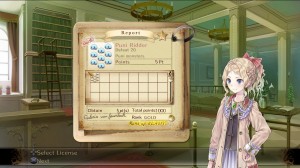 NIS America has three more titles lined up for the coming months, and today at the PlayStation Blog, they announced release timelines for ClaDun X2, Atelier Totori, and Disgaea 4.

ClaDun X2 is the sequel to ClaDun: This is an RPG, a dungeon crawler that was released last year for the PSP. The original ClaDun offered up some challenges for our reviewer last year. The follow-up, which is due out on August 30th, adds new classes and formations and should still provide plenty of challenge for fans of the action RPG genre.ClaDun X2 offers a variety of character customization options including sprite customization and music creation.

Like its predecessor, ClaDun X2 will only be for the PlayStation Portable. The title will only be available via PSN download. NIS America has already launched a website for the game, which can be found here.

Atelier Totori: The Adventurer of Arland is the second Atelier title on the PlayStation 3, and follows Totori, who is a student of the main character from Atelier Rorona. Totori is on a quest to find her mother, and with the help and training of Rorona will use all the alchemy at her disposal to get the job done. According to the press release, Totori will get assistance from homonculi who will work simply for pie.

Atelier Totori will be available on September 27th. The premium version of the title will come with a soundtrack and full-color art book. More screenshots and information can be found at the Atelier Totori website.

Last but not least is the series NIS America is best known for. Disgaea 4: A Promise Unforgotten is the second PS3 title in the series and will be available on September 6th. This iteration of the series definitely sports some improved graphics while still maintaining the great strategy RPG gameplay that the series is best known for. Along with the grid-based tactical battles that fans are used to, you’ll also get to oversee an empire and fight to expand your borders. The game also offers new editing functionality including being able to create your own pirate ship that can be taken into other players’ worlds and creating new dungeon maps that can be shared across the PlayStation Network.

For more information about the game including it’s humorous, albeit longwinded, trailer, you can check it out at their site.