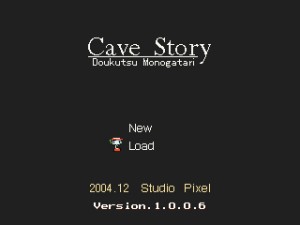 We got the chance to attend the NIS America Press Event Thursday night in beautiful San Francisco, California.

There were 3 major announcements during the event.

2: The official announcement and first look at Cave Story 3D for the Nintendo 3DS!!

3: They were going to show an unannounced game for the NGP, but due to some technical difficulties (on the development team’s side I am guessing) they were not ready to “let the cat out of the bag”. Feel free to start the wild guessing in the comments.

Ar Tonelico Qoga: Knell of Ar Ciel is the third and likely final game in the series. It has been available in Japan since January 28th and will be hitting North American shelves on March 15th. I got to play it for a little bit. The controls were very responsive and the graphics were definitely showing off the power of the PS3. And I totally got my ass handed to me in a boss fight. If you’ve never played an Ar Tonelico game before (like me) it may well help to read the instructions before jumping in. At least my death was softened by the gratuitous shots of the mostly naked sorceresses. As in the previous games you control a party of warriors whose main job is to protect the sorceress who casts some mega-damage spells. And just like magic in real life, your spells become more powerful as you shed your clothing. Very nice panty shots.

You can see for yourself in the screenshot pack here.

Of course the big news was the reveal of Cave Story 3D. Cave story is a PC game developed by one-man-army Daisuke Amaya (he literally wrote the code, programed the graphics, and even used his own voice for sound effects. We even got some time to ask a him a few questions, and we hope to get a more in-depth interview in the future. Development studio Nicalis ported Cave Story over to Wii and DSiWare stores last year. Now, Mr. Amaya and Nicalis have brought Cave Story to the 3DS with NIS America distributing the game. The game’s storyline and mechanics have not changed but the graphics and sounds have been given a major overhaul. And for the first time Cave Story will be available as a physical cartridge.

Cave Story 3D will be a side scrolling shooter in a 3D environment. The player must survive against a variety of enemies and environmental hazards. Later in the game, many challenges are derived from navigating through these hazards with limited flight ability. Levels are often not strictly linear. Gameplay is a combination of high-speed shooting/action scenes, platforming, exploration and light puzzle solving.

The entire game is fully reconstructed in 3D, giving a sense of depth perception on every stage. In some areas, the gameplay plane can be made to curve, to give the scene a greater sense of depth. However, in
most cases, any curvature will be gradual and subtle, as all characters and projectiles will follow the plane.

Now when can you expect to play this? NIS says  Cave Story 3D will be coming this “Summer of 2011”. I know, could they have been more vague? You can also see a screen shot pack here.