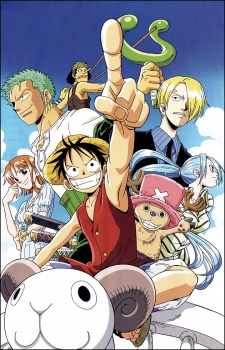 Luffy and the gang are back to fight off pirates and find Gold Roger’s missing treasure!

One Piece: Pirate Warriors will be a new PSN-exclusive downloadable game (sorry Xbox users). The game will have a story mode, with gameplay that will stick to the original comic. Each chapter will have multiple episodes which you see through different characters’ perspective. Aside from the story mode, there will also be a challenge mode, where you are put up against an endless mob of enemies, as well as the occasional boss character.

Some playable characters will include: Monkey D. Luffy, Roronoa Zoro, Nami, Usopp, Sanji and much more.

The game will be developed by Tecmo Koei and published by Namco Bandai. You can see the game in action in the trailer below.

One Piece: Pirate Warrior was already released for retail in Japan, but will see release on PSN in November 2012 in North America. So, are you ready to fight over seas with Monkey D. Luffy and the gang? Comment in the comment section below.