If you are an anime or video game nerd, chances are you have had a debate over whether it is better to watch a show or play a game in it’s original language (mainly Japanese) or in English. In the end, it’s really a battle between whether or not you want to be reading subtitles. Some people prefer the original Japanese and don’t mind reading subtitles, while others don’t want to spend their time reading a whole paragraph while trying to be immersed in the story. No matter what language you prefer, the voices you hear are the product of talented men and women who’s only goal is to bring the character to life. While there are numerous voice actors and actresses out there we all have our personal favorites, so a few of us from the G.A.M.E.S. Blog team decided to get together and share with you a few of our favorite English voices and explain why they are as awesome as we think they are. 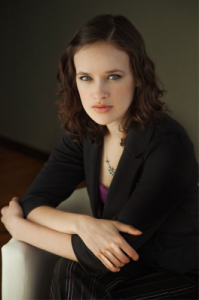 I first fell in love with Brina’s voice when I saw the track-and-field-centered anime Suzuka. In this high school love story, she played shy girl Honoka Sakurai, who is in love with the main character, Yamato. In the anime, it was only Honoka’s voice that stood out to me, as the other ones just seemed kind of annoying. Not too long after, I watched Genesis of Aquarion, and I heard her that voice once more. This time it was the voice of the main female love interest Silvia de Alisia, a bossy girl with a brother complex, but also a softer side. Once again the other voices sounded out of place except for hers. The only thing I regret is I haven’t seen many more of the anime that she was in, although I’ve seen her play Vi Graythorn in Case Closed and Hideyoshi in Baka and Test, plus a lot of bit parts in different anime. By far though, my favorite performance by Brina is when she played Natsuki in Summer Wars. There is a scene after the head of the family dies and Natsuki is sitting there with her friend Kenji and she begins to break down in tears and bawl her eyes out. I was utterly blown away by how realistic Brina had gotten that entire scene. I’ve seen actors cry in live action movies and they have to be realistic, but to get that same emotion in something already animated and to do it right presents a new challenge and she nailed it. 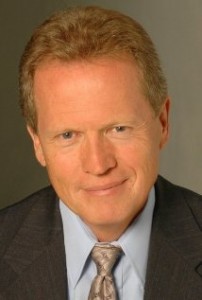 Most actors in general tend to get typecast into the same roles no matter what character they are given. Jim Carrey is almost always a comical weirdo who will always learn a life lesson, and Tom Cruise will always be the misunderstood action hero. Andy McAvin is not one of these people. The range of characters he has done surpasses many other voice actors and actresses I’ve seen. In his extensive resume, he has gone from perverted teacher (Kimura in Azumanga Diaoh) to comical robotic scientist (Icchan in Angelic Layer) to genocidal maniac (Brian Mason in Bubblegum Crisis Tokyo 2040) to juvenile delinquent (Maeda in Cromartie High School) to demon who declares holy war on God (Aion in Chrono Crusade). Those are quite some astonishing leaps of characters. It’s amazing to see how far he an take his voice and use it to go from a comically stupid character and turn around and use the same voice to conjure a villainous laugh while planning on how to take over the world. 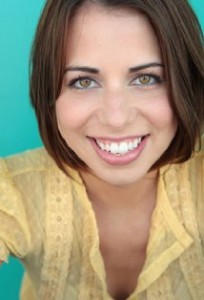 With over 300 roles under her belt, just about anyone who has watched an English anime dub or played a video game has probably heard Laura Bailey at some point. She showed quite a bit of range even early in her career, going from Tohru Honda (Fruits Basket) to Lust (Fullmetal Alchemist). More recently, she has made appearances as Nodoka from K-On! and as several characters in Tiger & Bunny. On the video game side, Laura Bailey has mostly played roles in Japanese titles brought to the U.S., including a number of big-name JRPGs, like Persona 4 (Rise) and the Final Fantasy XIII trilogy (Serah). She’s begun to branch out into Western titles, as well, recently appearing as Fetch in Infamous: Second Son and lending her voice as one of the options for the main character in Saints Row: The Third and Saints Row IV. Even with all those claims to fame, the two roles that made her a personal favorite of mine are from games that I played back near the start of this site: Gemini Sunrise (Sakura Wars: So Long, My Love) and Isara Gunther (Valkyria Chronicles). The differences between the earnest and cheerful Gemini (even if her drawl is a bit cheesy at times) and the gentle yet stubborn Isara really exemplify how great her range can be. 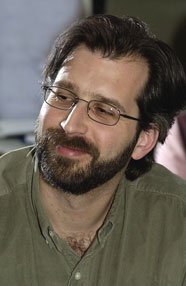 Resident Evil 4 is one of my favorite games, and it has one of my favorite voice actors: Paul Mercier who does the voice of Leon. When playing a long game, and becoming invested in the story and protagonist, it’s important to have a voice actor who captures his character’s essence, and Mercier does that quite well. His voice is pulsing with a confidence that almost transforms into over-confidence, but the gruffness of Mercier’s voice lets him get away with it because it feels like he is one of those friends that is always getting himself into trouble, but you always follow him blindly. He is exactly the type of person you want on your side when you have a DL-44 pointed at you under the table. But he also has a sensitivity and earnestness that make you bat your eyes and say, “Awwww, what a cutie.” And as RE4‘s story progressed, my investment in his character increased as well, which has a large part to do with his talent as a voice actor because he is able to keep you interested and caring about what happens.

It takes real talent to dub or even redub a character into a new language and these voice actors, along with all the others out there, are the ones who are up to that challenge. Who are some of your favorite voice actors? Was there a character who sold you on their voice? Let us know in the comments below or you may find that your voice has been replaced by an annoying anime girl voice. And keep on the look out down the road for part two, where we talk about some of our favorite Japanese voices, too!