With the Playstation 4 and Xbox One finally joining last year’s Wii U, the eighth generation of consoles has officially begun. The newest group of consoles promises better visuals, different control methods, and more immersive and exciting gaming experiences than ever before. However, before we fully turn our attention to the future, we’d like to take a look back and recognize everything the previous consoles provided us with. Between the Playstation 3, the Xbox 360, and the Wii, gamers were given some absolutely incredible games, which led to some unforgettable gaming moments.  Therefore, some of our writers and editors here at The G.A.M.E.S. Blog have thought about our most memorable experiences from Generation 7, which we’d like to share with you.

Sony Marketing – Kevin Butler for all! (Michael Riel – Staff Writer)
It didn’t take me long to think of my favorite PS3 moment, though it’s more of a series of moments and, more specifically, a series of commercials. Remember when someone would go “Dear Playstation…” and say something about the features of the Playstation 3, and then the guy in the shirt and tie would comment back to the person, usually in a hilarious way? That’s actor Jerry Lambert, who was once the face of the PS3 commercials. He was as recognizable as Billy Mays or Flo from Progressive, and the character was known as Kevin Butler. I believe my favorite “moment” would be the one commercial where a kid complains about his grandmother watching Blu-ray movies on his PS3 and Kevin Butler goes:

Kevin: You know what your grandmother did as a kid? She pushed a hoop with a stick.

Kevin: With a stick 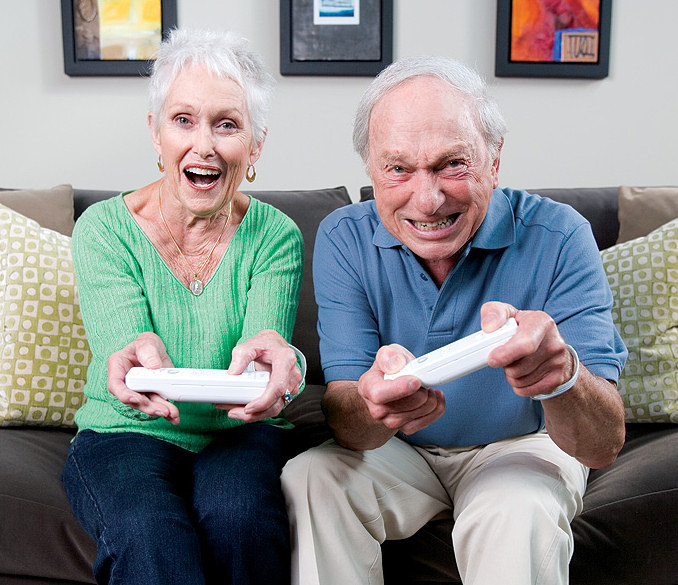 Wii Sports – We Would Like to Play (Jimmy Stephenson – Staff Writer)
The Wii was a controversial platform, the black sheep of the previous console generation. On the one hand, it was underpowered when compared to its competitors, and its unique control scheme resulted in many third-party companies ignoring the system. However, that same control system also led to the incorporation of entirely new markets into the industry. By downplaying more complicated control schemes, the Wii attracted plenty of people who would have otherwise never have played a game. For myself, this moment came a few years ago, when my entire family was gathered together for the holidays. I brought out my Wii (which didn’t sound quite as dirty in my head), and my cousins and I were playing Wii Sports. When I noticed that my grandparents were watching, I was able to encourage them to give it a try. After a little bit of practice, we had three generations of family all playing games together. Tennis and Bowling seemed to be the most popular choices, with my Grandparents actually giving us a run for our money. Say what you will about gimmicky control schemes and underwhelming presentation, Wii Sports introduced gaming to my entire family, something that I never thought was possible before then.

Journey – Communication Without Words (Dan Furnas – Editor-in-Chief)
Those who listened to me talk about Journey on our podcast probably already know this story, but this is one of my favorite experiences in all of gaming. One aspect of Journey centers on how other players could drop in and out of your game from area to area, or if you worked together, you could traverse the whole world as a pair. In my very first playthrough, I happened to be paired up with another player for the whole game, and we barely left each other’s side. Even though that little ping and a flashing glyph overhead was the only way to communicate, somehow, over the course of that couple hours, we managed to develop a whole system of language – not just a ping for “Thank you,” a whole series of pings to indicate which way to explore, when to split up (“I’ll look this way, you look that way”), and what have you. In and of itself, Journey was a beautiful game to play and experience, with its expansive graphics and emotional story despite the lack of dialogue, but the fact two players who never met before could drop into each others’ game and create an even greater experience is a piece of video game magic that, for me, will be hard to top any time soon. 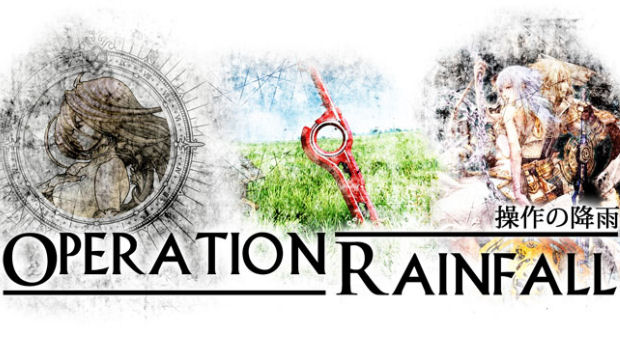 OpRainfall – Passionate Fans Come Together (Jennifer Griffith – Managing Editor)
If you’ve read my bio page or read some of my reviews, it’s probably pretty obvious that I love JRPGs. So I was right there with the gamers who were justifiably upset that The Last Story, Xenoblade Chronicles, and Pandora’s Tower (well, maybe less so on that last one; it’s pretty weird), three Wii JRPGs, weren’t going to be made available outside Japan. Enter Operation Rainfall, a group of passionate fans who campaigned tirelessly starting in June 2011 to have this trio brought over for a console that was about a year and a half away from being eclipsed by the next generation. If you’ll permit me a cheesy description, our heroes were determined to defy the fate handed down to these three games. They undertook an epic quest to make their voices heard, to convince Nintendo and anyone else who would listen that the last Wii JRPGs deserved a shot at doing well in the West. Admittedly, I wasn’t convinced the story would have a happy ending at first, but one by one, all three games found their way into production for an English-speaking audience. (I hope Nintendo is as pleased with the outcome as I was; I enjoyed experiencing all three games immensely.) I like to believe that Operation Rainfall had a major part in this, and that this is a case of companies being willing to take a risk if the fans make it known that they want a game. Today, the group still exists, and they’ve found new purpose in evangelizing other niche titles for localization.

Every generation of consoles brings us new experiences and memories, and there doesn’t seem to be any danger of that changing with Generation 8. For now, though, there are still plenty of games and experiences that I’ve not had a chance to try from Generation 7. Have any recommendations on what to try? Have any memorable moments from these consoles? Please share them in the comments below.