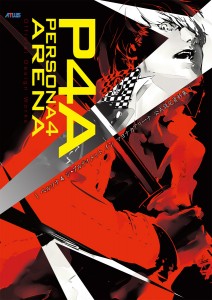 Udon Entertainment, known for bringing a wide variety of video game artbooks to North America, strikes again. This time they will be showcasing the art of Persona 4 Arena. Udon has previously released artbooks for both Persona 3 and Persona 4, and the latest in the series of artbooks, Persona 4 Arena: Official Design Works, follows closely in form and size. The art collection will span 176 pages, and like previous artbooks from Udon, it will feature a mix of character designs as well as interviews and story information.

Persona 4 Arena is a spinoff title from the main Shin Megami Tensei: Persona series and features characters from both Persona 3 and Persona 4. The game was created by Arc System Works for the PS3 and Xbox 360.

This artbook is currently available for pre-order via Amazon for $26.99 (MSRP $39.99). It will officially release this July at San Diego Comic-Con. You can check out a few preview images in the gallery below, but none of these images are final and may be altered in the final version of the book.