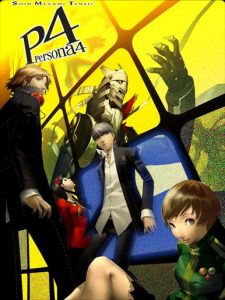 Famitsu (Via Andriasang) is reporting quite a bit of Persona related news. A remake of Persona 4 is coming to the PS Vita. Originally released on the PS2, the Vita version will be called Persona 4: The Golden.

Along with the original game mechanics come a few updates:

The game currently has a Spring 2012 release date.

A 2D arcade fighter is also in the works for Summer 2012.  Called Persona 4 The Ultimate In Mayonaka Arena, it will be released in Japan’s arcades in Spring 2012, then it will hit the PS3 and Xbox 360 in summer.  The story (if you can say a fighting game ever has a story)  is set to take place 2 months after the events of Persona 4 and will include characters from both Persona 3 and Persona 4.

Update: Check out some screen shots for Persona 4: The Golden here.