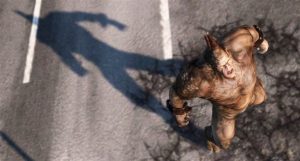 Amazing Spider-Man’s preorder bonuses have been revealed by Activision today, and they look to add a bit of spice to gameplay.

Preorders from Gamestop will net you the Rhino Challenge, which gives you control of the Rhino and lets you ravage virtual Manhattan.

Amazon preorders will come with the ability to play as the venerable Stan Lee, Spider-Man creator and Marvel master. Stan and Spidey will team up and search Manhattan for the lost pages of Mr. Lee’s latest script. I only hope that Stan Lee has similar acrobatic abilities to his creation.

Game Informer reports that while the game will release Xbox 360, PlayStation 3, Wii, 3DS, and DS, the preorders are only valid for the PS3 and 360 versions.