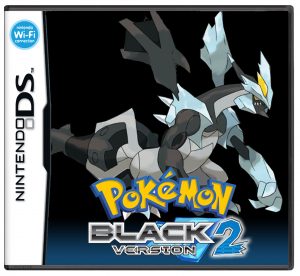 Barely a week after their appearance on the recent Nintendo Direct video, Pokémon Black 2 and White 2 have been given a release date. The direct sequels to last year’s Pokémon Black and White will be available for Nintendo DS across North America on October 7th. This marks the first true sequel to a main-series title in Pokémon history. The games take place in the Unova region two years after the end of the original Black and White games. Familiar faces from the first title, including Cheren and Bianca, will be back once again in new roles. One of the new features in the sequels is a place called Pokéstar Studios, where players can “star in their own movie with their favorite Pokémon.”

In addition to the two main series games, Pokémon Dream Radar will also be available for purchase from the 3DS eShop the same day. Dream Radar, also briefly mentioned during the Nintendo Direct conference, is an augmented reality game that allows players to “catch” certain rare Pokémon using the 3DS camera and motion controls and transfer them to Black 2 or White 2. There will also be an upgraded Pokédex 3D, called Pokédex 3D Pro, for purchase from the eShop with more detailed information about every known Pokémon in the series.

In other Nintendo news, Duncan Orrell-Jones was announced today as the new Senior Vice President of Network Business for Nintendo of America. Jones, who starts July 1st, has spent the last 19 years working with The Walt Disney Company, primarily involved in the Disney Interactive Media Group, the section responsible for Disney’s game development. At Nintendo of America, he will take the lead on expanding and developing Nintendo’s 3DS and Wii U digital marketplace.