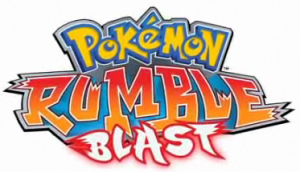 So, Nintendo announced that you can now pre-order Pokemon Rumble Blast. When I went to GameStop.com to see the listing for the game I was shocked. The game is being retailed at $49.99 instead of every other 3Ds game retailing at $39.99. The reason this is upsetting to me is because this is a 3rd Party Nintendo and Pokemon game, and I really don’t see it being worth that much money.  If this game sells decently well, I am worried that the First Party Pokemon games will be released at this same price point. With tax your look at this game only being about 7-8$ cheaper than a console game.

I have yet to put down pre-order money for this, but I know that eventually I will just because I am that big of a Pokemon fan.

What does everyone else think about this pricing? Are you still going to get the game or has the price point changed your mind and your just going to wait for the next main series game to come out.