Now that Pokémon finally has an entry in the series proper on the 3DS, it only seems appropriate to take a moment to reflect on the game universe as a whole. Of course, it’s also Halloween, so for this piece, we’re going to put a ghoulish twist on that reflection. Just don’t say “Bloody Mareep” into any mirrors, and you should be fine. 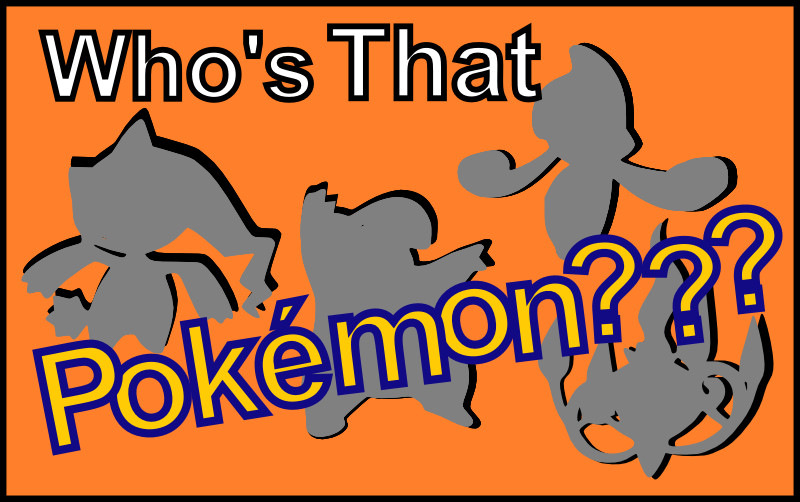 You probably remember the spooky music from the Lavender Town graveyard, and maybe you’ve even heard about that bootleg “Pokémon Black” cartridge that had the deadly mascot, Ghost. But have you ever noticed how many of the Pokémon from the real games are downright creepy? From actual ghosts to Pokémon who just want to eat your soul, these creatures are sure to stick with you and invade your wildest nightmares.

Human Spirits
Any trainer worth their salt knows that some Pokémon are actually of the Ghost type, but did you know that some of those Ghost-type Pokémon are, well, ghosts? That’s right: some of the creatures tucked away in Bill’s PC (and it’s always going to be Bill’s PC, so hush) are in fact the spirits of deceased humans. Take Yamask, for example. According to its Pokédex entry, Yamask “carries a mask that used to be its face when it was human” and “retains memories of its former life”. Let’s not get started on the debate about whether Pokémon and people share an evolutionary link, but Yamask are actually the “spirits of people interred in graves”! One of these guys might even be an ancestor of yours; just check the face on the mask to see if it has your great-great grandma’s nose.

Then there’s Drifloon, a freakish (if adorable) hybrid made from the collective miasma of human and Pokémon spirits. As if that weren’t creepy enough, Drifloons also have a penchant for making innocent children disappear. So remember, kids: don’t mistake Drifloon for a cute little balloon, or you may never see your mummy again.

Creepy Dolls
Dolls are bad news; just ask Jonathan Coulton. There’s really no good reason to seek out one that mysteriously came to life—unless, of course, you’re trying to complete your Pokédex. Creatures like Claydol, which was originally an “ancient clay figurine” that was exposed to some kind of cosmic ray, were created by people before they developed a consciousness of their own and started walking around. (Or levitating, if you’re Claydol. Where does it get its psychic powers, anyway?) Claydol isn’t actually malicious, though, unlike Banette.

This former doll Pokémon was actually born from the grudge it held after someone abandoned it. The toy that would become Banette hated the child who threw it out so much that it came to life as a Pokémon. What’s more, they try to find the one who did the dumping, so who knows what would actually happen if a Banette full of hatred found its former owner. Banette’s previous evolution, Shuppet, is no stranger to negativity either. The things are “attracted by feelings of jealousy and vindictiveness”, and they like to hang out around the homes of people experiencing dark emotions. If some doll wanted to follow me around, I certainly wouldn’t befriend it.

Soul-Eating Monsters
Some Pokémon are spirits, but others actually eat spirits, whether the people who belong to those spirits are alive or dead. According to Chandelure’s Pokédex entry, “Being consumed in Chandelure’s flame burns up the spirit, leaving the body behind.” So, in other words, Chandelure exists by burning up your soul. In fact, Chandelure comes from a whole line of spirit eaters: Lampent hangs around people who are about to die and snatches away their spirits, and Litwick “leeches the life force of any who follow it.”

Then there’s Haunter, who apparently “hides in the dark, planning to take the life of the next living thing that wanders close by.” You might say that’s just animal instinct talking, but think about how many Haunters you’ve run into over the years in these games. Each one you ever saw was ready to kill you, and you probably just figured you’d catch one for completion, never realizing you and your Mudkip were in terrible danger. Unlike Haunter, Misdreavus just wants to scare the crap out of you so it can harvest your tasty, tasty feelings of fear. Thank goodness it doesn’t want you dead, but that’s still one nasty ghoul.

Just Plain Creepy
Some Pokémon fall into a category of creepy that’s all their own. For example, everyone loves Ditto because it’s great for breeding Pokébabies. But think about Ditto for a second: it can transform into literally anything it sees. That sounds perfect for Pokémon battles, but what if someone substituted people with Dittos? No one would have a clue, at least for a while.  It turns out that Ditto has no issues turning into people: one actually transformed into Ash in a manga called The Electric Tale of Pikachu. It’s like a recipe for bringing the body snatchers to reality, and no one in the Pokémon universe cares as long as they can use Ditto as a Charmander factory.

Drowzee is another creeper Pokémon with no easy category. It likes to sneak up on people and eat their dreams…through their noses. Apparently, you really shouldn’t open your eyes at night if you have an itchy nose, unless you want to find out for sure that a Drowzee is using its snout as a dream siphon on your face. Dream Eater is a favorite move of trainers who like Psychic Pokémon, but I’ll bet you never thought about using it on people!

Hopefully, this primer on just how creepy Pokémon can be will leave you properly scared of turning on Pokémon X or Y this Halloween. Instead, it might be safer to go to a nice party dressed up as Pikachu. Just don’t get jealous of the person in the Rainbow Dash costume, or you might attract an unwanted Shuppet.