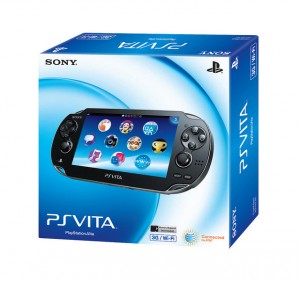 Update (12/08/2011):
At a press event in Manhattan, Sony associate brand marketing manager Crystal MacKenzie told Wired Magazine that the PSN ID issue is incorrect.  The PSN ID will be tied to the memory card but you will have to do a factory reset when you first setup a memory card.  But once the PSN ID is on the card you will be able to just swap cards.

Just the other day it was revealed that the PS Vita would have proprietary and expensive memory cards.  When asked about the huge disparity in the price of Sony’s memory cards versus standard SD cards they gave a pretty BS  answer.  In an interview with Impress Watch (translated by Andriasang) Division 2 Software Development Head Muneki Shimada said that security was the reasoning behind it.

I consider this BS as there are many devices out there that need to keep their software secure and manage to do it with standard SD cards.  The 3DS, all mobile phones, and most tablets just to name a few things.

In other Vita news anyone who wanted to buy software from the US PSN and the Japanese PSN, like they can on the PS3, will have to buy two systems.  You see on the PS3 you can sign up and load PSN IDs from different regions.  You can then buy any software that would normally only be available to that region.  Many people use this trick to buy Japanese only releases.

Well the Vita can only have one PSN ID active at a time just like on the PSP.  This would be ok if you could easily switch between accounts.  On the PSP this is done by changing the memory card as the PSN ID data is stored on the memory card.  For the Vita this data is stored in the internal memory and can only be changed by wiping the entire system to factory default.

While you would be able to re-download all your purchases, it does make multiple accounts very difficult.  I honestly can’t see why they would bother making this so difficult.

Will this affect you?  If it does we would love to hear your thoughts.