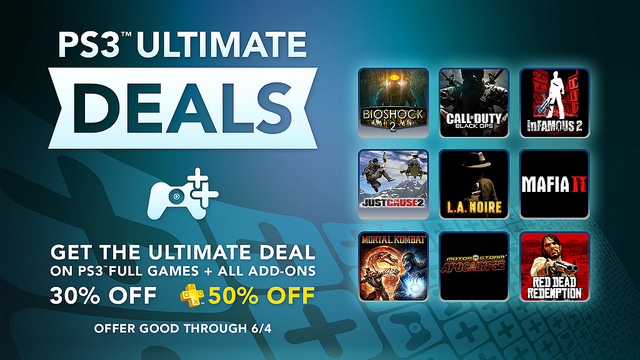 Get you wallets ready, because on May 29th, the PlayStation Store will deliver Ultimate Editions to all of it’s gamers. Sony will be bundling full PS3 games along with all of their DLC and offering them at low prices (even lower for PlayStation Plus members.) This are the games that you are going to be able to buy, the offer will be good until June 4.

Red Dead Redemption with Legends and Killers, Liars and Cheats and Undead Nightmare

Mortal Kombat with the Warrior Bundle and Klassic Skins Pack 1

So what do you think about this deal? Which games are you going to get? Comment below.