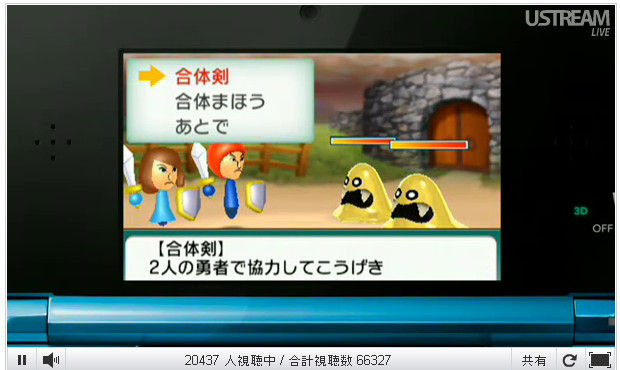 The update will allow the 3DS system to take 10 minutes of consecutive 3D video. The Mii plaza will show you the general location where you picked up your Streetpass Mii’s.  New panels will be added to the puzzle swap, and there will be a sequel to Find Mii. Find Mii 2 will have new monsters, forking maps, and by the screen shot will also have 2 Mii’s battling at once.  There will also be some interface improvements to the eShop.

Hopefully it will all be worth the wait.