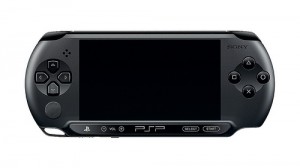 Sony made a few announcements related to the PSP and Vita at GamesCom.   All games for Vita will be available for digital download on PSN.  (They said the same thing about the PSPgo at first so I wouldn’t get my hopes up about this quite yet. )

Ubisoft announced six titles that will be available at the PS Vita launch.

On the social front Facebook, Twitter, Skype and Foursquare applications will be available on Vita alongside with 2 built in features called Near and Party.

A new sku for the Orginal PSP was also announced.  This PSP-E1000 model does not include Wi-Fi.  To get games off of PSN will require a Windows computer with Sony’s MediaGo software and a USB cable.