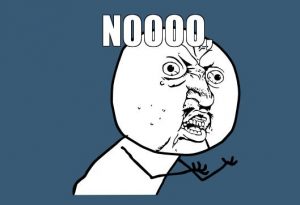 Update: Well CheapAssGamer was right. Wal-Mart has confirmed that it has dropped the price early. I’m still pissed. Original Story below.

CheapAssGamer.com is reporting that their “trusted” source has warned them that Wal-Mart will drop the price of the 3DS on Aug 9th ahead of the official price drop on August 12.

According to a trusted source, Walmart will be dropping the price of the Nintendo 3DS on August 9th, 3 days before the official drop takes effect.

Now normally I wouldn’t care if it were just about the price drop, but with the Ambassador program It would piss me off.   To act as an apology to early adopters, Nintendo has decided that the folks who bought a 3DS at the current price of $249.99 might be (rightly) pissed that the price is dropping to $179.99 less than six months after launch.   To make it up to them they are giving away 20 free games to these early adopters.  To me this is fair.  With an average price of $4 per game that $80 worth of games makes up for the price drop.

To prove you are an early adopter, meaning you paid the launch price for your system, you have to connect to the Nintendo eShop at least once before 11:59 p.m. Eastern time on Aug. 11.  If Wal-Mart jumps the gun on this It will piss me off.  I will have gotten no value from those games at that point while someone who buys in that 3 day window will get a $70 discount and 20 free games.

If this happens it will be the second time I’ve paid extra and gotten no value for my payment.  When I pre-ordered Fable 2 collectors edition  it was supposed to come with a code for extra stuff.  They forgot to include the codes in the box and they had no way to distinguish normal purchasers from collectors pre-orders so Lionhead gave the codes to everyone who emailed them but never gave a refund for the price difference to those of us who actually paid extra to get it.

So I’m sure folks can understand how angry I will be if Nintendo doesn’t put it’s foot down on this. Seriously Nintendo. Stop this shit now!