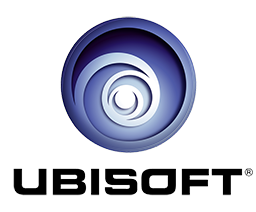 The Ubisoft Press Conference occurred Monday at 6pm EST, and it was met with both groans and applause. Anything that dealt remotely with games got decent attention from crowds and the many internet livestreamers, but the hosts were less than admirable. Their constant awkward “banter” just dragged the show along and made the audience wait while the next game was prepped to be put on stage.

The opener was Just Dance 4, which began with a series of tank-topped women following the dances on screen while Flo Rida rapped on stage. None of the dancers were particularly great, but honestly, who is when playing Just Dance? Since that series has made millions since its conception, it would only figure that the fourth installment would be on the way. Afterwards our hosts were introduced: Aisha Tyler and some internet personality named Tobuscus. This was not necessarily interesting, and it just made fans want the new titles that much more.

Far Cry 3 was the first AAA big-budget title to be brought on screen. The producer and lead designer showed off some gameplay that revolved more around fighting back than surviving. The gameplay opened up with a slightly awkward pseudo-sex scene between the protagonist and some woman, which later turned out to be a sort of ritual to make the main character into a warrior. After this though, things got very interesting, and the action finally began. The lead designer controlled the demo and took the audience through a dense jungle and then swam through a beautiful, blue sea. After silently cutting down a few enemies, the bow-play started. Picking off enemies from afar with a bow and arrow seems like a blast; the arrows shred through bad guys and make silent kills that much more fun. A group of enemies was no match as the protagonist picked off a few first with his bow then moved to carving more up with his knife. If the silent approach fails, which it did after a while, the guns are still present and powerful. The standard series of shooting baddies continued as the lead designer controlled the character and finished off anyone else who was around, even freeing a Bengal tiger to maul one of the NPCs. There was brief use of a new cover system mechanic as the demo centered on outside gunplay. The cover system was no longer used as the demo progressed to indoor locations and just moved through the level exploring the scenery. The demo ended with a trippy hallucination that brought into question the main character’s sanity and how it would have an important role in Far Cry 3.

Splinter Cell Blacklist and Avengers Battle for Earth were both given time to show off pre-rendered trailers. Splinter Cell looks promising with some new gadgets and technology in place to help out Sam Fisher, including a small robotic camera that can move independently of Sam and a wrist-mounted, tactically updated screen. The final bit of the trailer showed that Third Echelon was gone, replaced by a new Fourth Echelon that is spearheaded by Fisher. Unfortunately the voice work for Sam did not include Michael Ironside, the man who has been the voice of Fisher since the original Splinter Cell, but for now it is probably just a place holder while the developers create his parts. The Avengers game just showed off some super heroes and villains duking it out in a city, most likely New York, and the biggest feature of this was that it would be for the Wii U and Kinnect.

The Wii U had a massive presence at the press conference. Rayman Legends was given ample gameplay time that had the Pro Controller demonstrated for the audience to get a new look at its capabilities. They introduced a new character named Murphy, who will assist Rayman in conquering obstacles and levels. Also, it was said that up to five players could jump on for any Wii U, and this would be between the Pro Controller and the normal Wii remotes. An exclusive game called Zombi U was shown off as well. Just being a CG trailer, the notable details include that it was gory and took place in England. Finally, smaller titles like Rabbids Land, Yourshape, and Sports Connection were briefly glimpsed at on the console, showing some more minor Pro Controller footage, but nothing specific. Most of the footage during this segment was pre-rendered trailers or videos.

Another massive title was Assassin’s Creed III, which will also be on the Wii U. After an initial CG video with some amazing fight sequences between British soldiers and the new assassin Connor, which showed off the possibility of large open battles and using cover to dodge bullets, gameplay was finally presented. It started with the protagonist following a group of deer through the forest and eventually taking one down to collect its meat. The beautiful open world was covered in snow and populated by various animals, as demonstrated when a pack of wolves showed up to make Connor’s life slightly more miserable. The wolves were quickly dispatched as the assassin shot one and cut another down. After coming back to a camp and gaining a new quest, Connor was off on horseback to take down his next enemy. The demo moved into some very neat parkour tree climbing and stealthy kills as the real action started when Connor easily took down a few different Redcoats. Using an axe and other various weapons, the assassin quickly took the enemies down. Three of them were simultaneously assassinated in one flowing sequence, which turned out to be an amazing feature. Connor moved into the British camp and, finding some gunpowder-filled barrels, blew up part of the camp to cause chaos and get closer to his target. The environmental destruction was amazing and burning planks littered the ground as Connor sprinted to kill a British general. Leaping into the air with a stolen musket, the protagonist was able to utilize a bayonet as an effective tool to take down his target.

E-Sports were given a heavy presence in the conference as well. Most of this was showing off the new Shoot Mania and having an actual tournament take place. Ubisoft tried to make it more interesting by bringing in various pros of current E-Sports games, the Rocket Angels and Railgun Allstars. The game was a simple arena shooter but did not look to do anything different from today’s standard shooters. The graphics were nice and gameplay seemed fun, but the conference focused more closely on who was playing and not what they were playing.

After some brief mentions of Ubisoft’s online community, including Ghost Recon Online and The Settlers Online, Ubisoft’s newest IP, Watch Dogs, was given both trailer and gameplay time. This new title has a lot of promise and can be related to both the Hitman and Max Payne series in how it uses its environment to help players tackle obstacles and enemies. Hacking was a main focus, and being able to hack cell phones and traffic lights played into solving puzzles and taking down anyone attempting to hurt the main character. The environments and characters looked stunning: each rain drop seemed to be rendered, and using a slow motion ability showed all of them in great detail falling to the Earth. The protagonist could easily move through crashed cars or changes in terrain without much issue, showing off an Assassin’s Creed-like movement system, and the shooting looked to be very satisfying. The end of the demo gave the audience an idea that there could be multiple characters to control or even possibly co-operative gameplay, but nothing was for certain. Also, no information was given as to what consoles this title would be on nor when it would be released.