Twenty years ago, high scores were a gamer’s multiplayer. The equivalent to our unbelievably connected present-day gaming world, before the internet and phones that could watch movies, was playing a game over and over, reaching an unprecedented score, and proceeding to hand the controller to your friend so they could try and beat your work. A single-player campaign was exactly that — experiencing the game singularly and passing the controller amongst you friends, or talking about it the following day at school. The connectivity we had then was limited to physical interaction with your friends and rivals. Yuck, am I right? 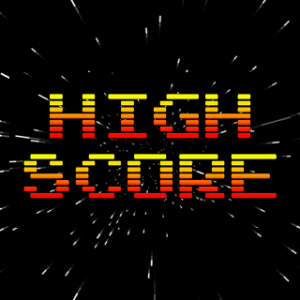 The single-player campaign has changed drastically throughout the years. In the past there was a definite distinction between single and multiplayer. As gaming progresses and more and more innovations come to fruition, single player has been given a redefinition by developers, being the readily available connection to other players at any given time. The definition has begun to change from the lone wolf perspective to a more social network-esque aesthetic. Single-player campaigns have melded into the universe of multiplayer and our socially driven society, producing a far less singular experience than we used to have in our games. Maybe things were starting to get too lonely. Sorry, Bukowski.

This is not to say that our gaming experiences in the past were not social; they absolutely were, but in a different way. Whereas we used to be at peace with playing a game by ourselves and regaling our friends with the details later, now we live in a much more impatient society. If we have trouble connecting to the internet for more than five minutes, we become angry and curse the system to various personal degrees such as, “You piece of shit!”, or “You never work when I want you to!” Rather than coming to terms with your faulty internet connection and gettng some single-player action, we instead try every obscure method and ritual to revive the Internet. Even when we begin to play the single player campaign because we cannot get the Internet to work, there is an aura of “settling for this while we wait for the Comcast repair man.” Now you have to boot up Diablo 2 while you wait for your Diablo 3 connection to get fixed. 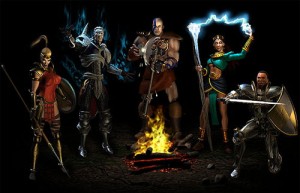 It is not shocking that our society, and our expectations, have morphed into a world where we seek constant connectivity. Multiplayer has pulled away from single player in terms of favorability, and why would it not, given that it has become difficult to remain disconnected. With the development of online experiences, such as MMOs, competitive team shooters (Call of Duty, Team Fortress 2, Counter Strike, Halo, etc.), and online player hubs such as Playstation’s Home, the gaming industry has made it easy for players everywhere to interact with others and appealing to join their online worlds. Even modern single-player campaigns do not provide the notion you are participating in the game by yourself, because of one single website. Twitch, the online Mecca for players who wish to start their career as a live streamer, daily vlogger, or any other title that probably sounds imaginary, has not only introduced streaming into the job market and made it a viable career option (if you have the personality and social presence), it has provided a mechanism for gamers to utilize and interact with friends while they enjoy a single player game. Although this does not seem like multiplayer in the traditional sense, it still allows players to interact with their peers in an online format. Devoted followers to your Twitch stream may provide tips and tricks as you make your way through unknown territory, effectively eliminating the antiquated process of Googling strategy guides. Additionally, the owner of the Twitch stream may give out prizes, such as beta codes, free games, or my personal favorite, emoticons unique to their chat feed. Whether you use Twitch for tips, entertainment, livelihood, or simply a means to talk with others, it has vastly changed the landscape in terms of how we play our video games.

Individuals who love to play their games without the presence of others, in both the physical and virtual sense (I include myself in this category), are starting to look like a dying breed. For the first time in a console generation, the “start” button has been replaced with a “share” button on the PS4 controller. The gaming industry is inventing more and more ways to facilitate the user’s access to the online realm, so much so that you just have to push one button. There will be traditional single-player campaigns in the future, but they will not be experienced the same way with the blooming streaming culture. Subsequently, developers are also integrating social aspects into their single player campaigns as well. In Journey, you may join another player through your campaign, however they will remain nameless, and the only mode of communication is chirping at one another. Child of Light provides a second player slot to control Igniculus for a casual co-op experience. It seems as though all games are instituting jump in/jump out co-op, creating a flow between single player and multiplayer. Even games as brutal as Demon’s Souls and Dark Souls allows the player to summon others for help in the same vein as Journey, as the only form of communication is various gestures. And when you’re not summoning other players in the Souls games, apparitions of other players may be seen as a subtle reminder that you’re not entirely alone. These implementations of multiplayer into a single-player world have given players new and exciting ways to enjoy playing through campaigns.

While it is a bit sad to see the gaming world head toward a socially dominant society, it is not surprising, and it is not a bad thing. Gaming has been creating new ways to interact with other players for years, and it should not come as a shock that these methods are bleeding into the single-player realm. Those who primarily play their games for the single player campaign should not lose themselves in woeful thought and yearn for the glory days of the past. In the future, if gamers are unable to embrace the developments being made to gaming and the single player campaigns, then there will still be the option to remain disconnected, like there always has been (though for how much longer, who knows?). The single player campaign, just like gaming itself, will evolve, and with what developers have shown thus far, it is safe to say that we are in good hands.