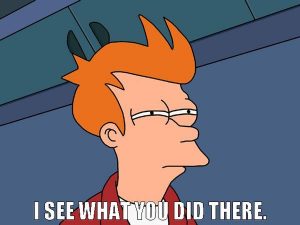 We’re gonna start a new program here where we give you a release day primer for all the video games released each month. Unlike the release schedule, there will be information, trailers, commentary, and links back to any stories or reviews we have written on the games. 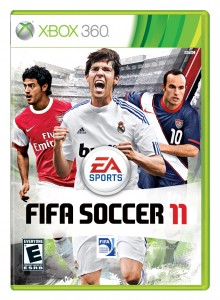 (PS3, X360, PC, DS, PS2, iPhone, Wii, PSP)
FIFA 11 is the 18th title in FIFA Football (Soccer for us Yanks) series. Developed by EA Canada, it was published by Electronic Arts worldwide under the EA Sports label. The game features players Chelsea, Barcelona, Real Madrid, Juventus, Bayer Leverkusen and Lyon, with Arsenal as an unlockable for the PS3 and Xbox 360 by playing FIFA Superstars on Facebook or by winning 5 matches in the demo. The Emirates Stadium can be unlocked through FIFA Superstars.

Previously released on the Xbox 360, PS3 and PC.  Continue the Assassin’s Struggle against the Templars.  See our review of the game for more details.

UPDATE:  There is a press release for this but even Ubisofts webstore is missing this from the catalogs.  The release date has probably been pushed back and no update press release was made.  Sorry about not catching that before posting.

FreeJack is a free-to-play parkour racing game for Windows PCs supporting Windows XP, Windows Vista, and Windows 7. Players race head-to-head across the urban metropolis of New Jack City in high-octane foot races, bustin’ stylish flips and tricks to increase their speed and gain access to hidden shortcuts. Players can personalize their character with new outfits and running gear and even customize their own unique in-game living space with furniture and accessories to show off to friends. FreeJack also supports online leaderboards, a club/clan system, in-game friend lists, and more!
[flashvideo file=https://the-games-blog.com/wp-content/uploads/2010/10/FreeJack-Trailer.flv width=545 height=307 /]

Brought to you by the History Channel, HISTORY™ Great Battles Medieval is set against the background of the historic Hundred Years’ War, spanning various conflicts between England and France in the 14th and 15th centuries. HISTORY™ Great Battles Medieval allows players to assume complete control of huge armies with more than 40 different units. From knights on horseback to infantry, French crossbowmen and English longbow archers, all units of the two warring factions are represented in the game, historically correct. To round out this authentic, true-to-detail gaming experience, the game features video clips from the award-winning HISTORY programming library.

Kitsu Saga is a free to play Anime inspired MMOG that transforms players into neophyte martial artists, seeking to survive the rigors of training under their faction’s school and become full-fledged warriors to defend their realms from evil. Along the way, they will be joined by the Kitsu, a tribe of helpful foxes descended from a holy nine-tailed spirit. Players will be able to bring the Kitsu’s magic into battle, as well as build relationships with Kitsu for powerful items and artifacts.

Not sure if you would want to hand your iPhone or iPad to a small child but if your willing to risk it here is a very small child friendly game.

Released in celebration of Mega Blok’s 25th anniversary. The  preschool world includes two playable characters, a boy and a girl, who interact with a full set of playground elements, such as swing sets, slides, teeter-totters, playful animals, a lake with a sailboat, and even a hot air balloon. While playing the app, children will collect piles of colorful bloks that will ultimately piece together to form new Mega Bloks creations every time! 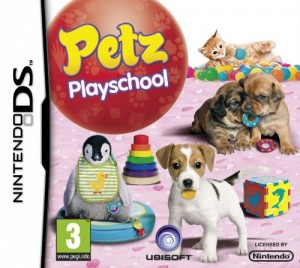 I know I’m not the target audience but I wish this series would end.  At least this seems to be a EU release only.

For the first time in the Petz series you will take care of two virtual pets at the same time.  This can lead to some funny situations.  The developer recommends raising a penguin and tiger to see how they get along. Staples of the series remain. Teach them to walk by getting them to follow you, or play musical and matching games to make them smarter. Help them go to sleep by rocking them or singing them a lullaby. Feed, wash and clean your babies. Many exotic babies are available at the start or as unlockables including baby pandas, tigers, polar bears, leopards, wolfs, piglets, and four different breeds of penguins!

Update: Found a press release about his game finally.

Despite being  from a popular series this game is so far off everyone’s radar that the publisher never made a press release about it. O_o  Doesn’t bode well for game.  So here is the Amazon description.

Lead your elite squad on the hunt for terrorists inn the jungles of Sri Lanka. Deep behind enemy lines, you have a mission to accomplish: Take out the insurgents before the situation gets out of hand. You’ll encounter the enemy on his own ground. He knows the terrain better, has more allies, knows where to hide and where to attack. Surprise is on his side – he can be anywhere, he can be anyone. In a crowded street, you’ll first have to make the distinction between friend and foe, and the only way to fulfill your mission is with the help of your technology and training. Choose which enemy to take down first, and then decide when and how. Use the environment to your advantage, along with intel from command, media and locals. Locate and stalk enemies – and when the time is right, strike and kill without mercy.

This is an action game/third-person shooter in which players engage in combat missions as part of an elite military unit. Players use a variety of machine guns, sniper rifles, grenades, and explosives to infiltrate hostile compounds and kill enemies. Gun fights are depicted realistically, with loud gun sound effects, large explosions, and characters that yell in pain when hit. Gunshots result in splashes or small clouds of red blood that disappear quickly. Characters use the words “sh*t,” “b*tch,” and “a*s” in the dialogue.

As a member of the ultra-secret H.A.W.X. 2 squadron, you are one of the chosen few, one of the truly elite. You will use finely honed reflexes, bleeding-edge technology and ultra-sophisticated aircraft – their existence denied by many governments – to dominate the skies. You will do so by mastering every nuance of the world’s finest combat aircraft. You will slip into enemy territory undetected, deliver a crippling blow and escape before he can summon a response. You will use your superior technology to decimate the enemy from afar, then draw him in close for a pulse-pounding dogfight. And you will use your steel nerve to successfully execute night raids, aerial refuelings and more.