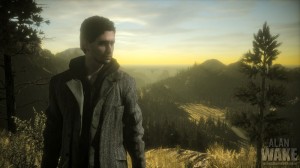 Gaming’s favorite tweed jacket-sporting writer has not yet written his final tale.

Speaking to Joystiq at DICE 2012 recently, Matias Myllyrinne, CEO of Remedy, revealed that his studio has plans for Alan Wake that stretch beyond the upcoming downloadable Alan Wake’s American Nightmare.

“We’re crowd pleasers, we’ll do what the audience wants, ‘cause usually that’s the good business move as well,” Myllyrinne said, alluding to fans’ clamors for more stories in the dark world of Wake.

Considering Remedy is preparing the original Alan Wake for a PC release in a few days and American Nightmare’s digital release, it would seem Remedy is warming up to digital distribution. Myllyrinne says he “is loving the digital [distribution] side” and is interested in pursuing it throughout its evolution.

This is interesting news. Remedy has been adamant in clarifying that American Nightmare is not a sequel, so my hope is still alive for work on a full-blown sequel to the innovative original. However, could Remedy’s newfound love for digital distribution mean more small scale side-stories like American Nightmare in lieu of Alan Wake 2?