We love them, we hate them, and we idolize them. Celebrities make our boring lives a little more interesting, and makes us wonder what it would be like if we were one of them. For most people, we are content with seeing our celebrities in magazines, movies and hearing them in the occasional Pixar or Disney film, but for some of us nerdier folk, we prefer to see the famous ones a little more animated.This is why I have compiled a list of some of the more famous or interesting representations of celebrities in video games and anime.

The Cameo is an appearance of a celebrity or famous person within a fictional work. It is more than just the appearance, it is a representation of the person itself, although not always in name. In video games, a celebrity will usually appear as a minor character who adds to the story, not only as a character, but as themselves. In anime, it is rarer for the celebrity represented to be voiced by the actual person, so in some cases it can border on a homage. Either way, as in the movies, the look and feel of the character is that of the celebrity. There seems to be more actual cameo’s in video games, as anime mostly bases characters off of people in terms of naming.

Burt Reynolds as The Mayor of Steelport, Saints Row: The Third 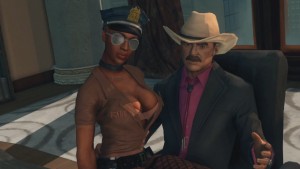 After you get stranded in Steelport, it is up to the Boss, Shaundi, and Pierce to take over the city and reestablish the Third Street Saints, again. Throughout the game you keep hearing about Mayor Reynolds (his first name is never mentioned) as he makes decisions to try and keep his city under control. Eventually, you get to meet with the mayor and the Boss suddenly loses his/her mind when they realize that Mayor Reynolds is none other than the actor himself. Accompanied by a couple of groupies, Burt Reynolds enlists your help to take care of STAG and to protect his city. He is then kidnapped and you are forced to make a decision on whether you want to go after the main villain, Killbane, or rescue the mayor and your companions. Represented by his tough but suave characterization, as seen in movies like Smokey and the Bandit, Reynolds made sure that his minor appearance in one of the best open-world franchises was memorable. 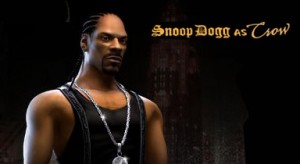 Def Jam is a fighting series which pits famous rappers against each other for fame and money. It’s about gang warfare and respect, and Def Jam Fight for NY allows you to create your own character and fight the other rappers. As you beat others and start to take over fight clubs, you earn the ire of the rival gang leader Crow, who is a spitting image of his real life counterpart, Snoop Dog/Lion. Crow will do anything to not only have you on his side, but to take over all of the clubs in the area. As you steal clubs away from him, he takes matters into his own hands, kidnapping your girlfriend and making you betray your gang to retake his clubs. Eventually, you convince your old gang that you were blackmailed, and you must confront Crow, which puts you in a one-on-one match verses Snoop himself. Playing as the main villain of a rap feud-like fighting game, Snoop Dog gave us a realistic bad guy that fit into the game almost perfectly. Although Snoop is the crowning jewel, there are many other rappers who make cameos in the game as fighters and characters, including Ice-T, Method Man, Lil Kim, Ghostface Killah, and even Flava Flav. 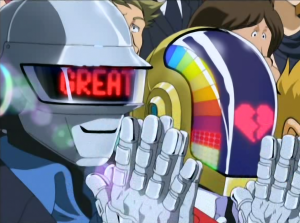 Interstella 5555 is a movie, but its also a music video (think Heavy Metal, with no spoken dialogue). Using the music from Daft Punk’s Discovery album, it tells the story of an alien rock band who is captured and sent to Earth to be brainwashed into being the planet’s next big rock band. As their popularity rises, their song “One More Time” becomes an instant classic and is nominated for a music award. During the the nominations, you see that Daft Punk, the creators of the movie, are also one of the nominees. The masks they are wearing show their delight at being nominated, but that nomination might be cheating, since they did create the movie. However, to keep the story going Daft Punk does not win the award, and the alien band, known as the Cresendolls, gets it instead, cementing their legacy.

If a cameo is a direct representation, than an homage is more of an imitation or an artistic reference to something else. A good example would be in the Family Guy episode “North By North Quahog”, which parodies the movie North By Northwest. In one scene, Peter Griffin is burying a film which he stole from Mel Gibson when an airplane begins to run him down. This is an homage to a similar scene in North By Northwest, where the main character is being chased by a crop dusting plane. When it comes to media like video games and anime, an homage can  take the form of a character that shares some of the characteristics of a famous person. Although they may have similarities, they are themselves different people, and usually the person referenced has nothing to do with it, either than being themselves.

Persona’s 3 and 4 are dungeon crawlers combined with a life simulator, which has you trying to juggle saving the world and attending high school. While the story and characters are different, some aspects of the two games remain the same, including some of the monsters you fight. While many of the monsters are either standard-looking or weird, there is one that looks eerily similar to a famous pro wrestler, Hulk Hogan. The monster is known as a Gigas, and is a tall humanoid with a muscular physique, shiny wrestling trunks and, under it’s shadow mask, facial hair that resembles the Hulkster. As if that wasn’t enough, while waiting for it’s turn, a Gigas moves it’s arms like its preparing for an attack, does the famous Hulk Hogan “NO” point when powering itself up, and attacks by giving you a clothesline. Hulk Hogan was famous in Japan, as well as the rest of the world, so it’s no surprise that we had to tangle with the Immortal One sooner or later. 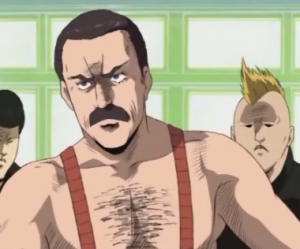 Cromartie High School is a school for criminals and delinquents. Everybody there is a badass, out to prove that they are the toughest at the school. Among the students are a robot, a gorilla, and a dude who is silent, but looks a lot like a former singer of a very famous band. The student is named Freddie, and is a majestic and tough looking guy who is a man of no words, except for the rare instances when he is singing. The student Freddie is more than just a passing joke or reference, as he is essentially one of the more prominent characters in Cromartie High School, and is normally seen either riding or walking next to his pet horse. Freddie Mercury is not the only musical act parodied/referenced in Cromartie, as there is a gang of five students in the school that have taken on the persona of KISS, complete with hair and make-up. Unlike Freddie, they are only mentioned briefly and are merely a passing joke.

Madoka Magica is not your average magical girl anime, as it takes many of the tropes and turns them on their head. In exchange for a wish, Madoka would be given the ability to transform into a girl with magical powers, but would have to fight off witches, who are former magical girls who fell too far into despair. In one episode, she makes her wish to eradicate all witches from the past and future, and she goes through time, defeating them and helping some of history’s greatest women, including Joan of Arc, Cleopatra, and Anne Frank. 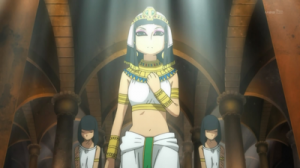 My Mental Choices is about a student name Kanade Amakusa who has a curse that, at random intervals, provides him with different options of how to proceed in the current situation. If he does not choose one, he suffers a horrid headache until a choice is made. The curse, which he calls Absolute Choice, appears at random times, and the choices provided are usually disturbing or embarrassing. To put the anime in perspective, the very first episode begins with different animals and historical figures being offered a choice, and showing that the choice they made affected the world. Among these were the famous Nikola Tesla and Albert Einstein. 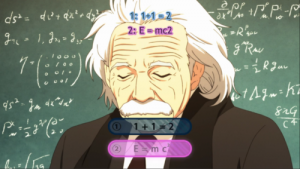 This is a category I added on my own, because it seems that celebrities like to think that they can do nothing wrong, and that their fans will support them no matter what they do. Whether they try to become best selling music artists, great actors, or even break out in their own video game, most of the time the results aren’t so good; the exception, of course, being Mike Tyson’s Punch Out. 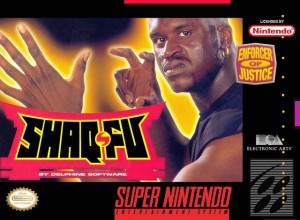 He’s one of the best basketball players of all time, and even tried to be the best super hero, but Shaq also thought that the world needed his own video game. So, instead of maybe staying within his realm of sports, he decided to become a fighting character instead. The story of Shaq Fu is that Shaq is on his way to a basketball game in Japan, but on his way there. he somehow stumbles into another dimension where he must rescue a young boy from the evil mummy, Sett-Ra. The game would have been lost into celebrity obscurity if it hadn’t been recently announced that they are making a second Shaq Fu game, called Shaq Fu: A Legend Reborn. For those lucky enough never to have played Shaq Fu, it featured primitive graphics even for it’s era, lackluster game play and a story line that could never make sense, even if Square Enix tried to fix it. 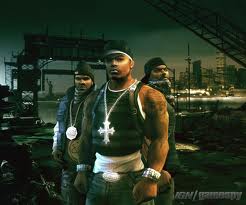 There are two things we all know about 50 Cent. 1) He is one of the world’s greatest rappers and 2) he can eat more bullets than Murphy in Robocop. It seems he wanted to translate these skills years back into a GTA Clone known as 50 Cent: Bulletproof. In the game, you play as 50 Cent (obviously) and you are shot down in a gang battle. After surviving that onslaught, 50 Cent must take to the streets in a cliche tale of vengeance. The game itself features cameos from other rappers like Eminem and Dr. Dre. Unfortunately, the game wasn’t, dare I say, bulletproof from the backlash and lukewarm reviews that plagued it.

There are too many celebrities out there to fit on to this list, and not only just the ones in Hollywood. Did you know that the likenesses of the internet personalities the Nostalgia Critic and the Angry Video Game Nerd were used in the Zettai Karen Children spinoff The Unlimited: Hyobu Kyosuke? Just goes to show how much celebrities mean to everyone around the world. So, what are some of your favorite ways celebrities were integrated into video games, manga, and anime? Are there others you would like to see make that leap? Let us know in the comments below or Daft Punk will create a movie about you getting kidnapped by aliens.