Rockstar has announced a bevy of downloadable packs for Max Payne 3, which is due out on May 15. Considering that the famed developer has been emphasizing the multiplayer in recent trailers and previews, it comes as no surprise that the game will receive the full treatment of multiplayer and co-op DLC. 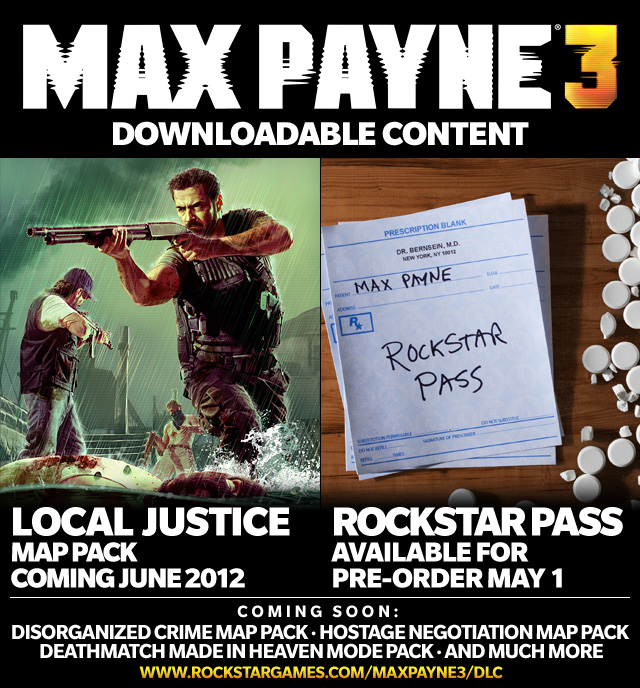 The first piece of DLC, titled The Local Justice Map Pack, is due out in June 2012. This pack will include 3 new multiplayer maps, precinct-theme avatar items, multiplayer challenges, and more. The other 6 packs, which are a mix of map packs, multiplayer modes, and co-op content, will be released throughout the year. The current release schedule can be found below.

Considering the quality of the DLC in Grand Theft Auto IV and Red Dead Redemption, I’m hoping Rockstar will deliver some quality downloadable content. What do you think? Will you be picking up the season pass, or will you only try out a pack or two? Will you be skipping out on Max Payne 3 entirely? Sound off in the comments below!