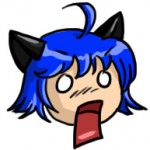 VIZ Media recently announced Neon Alley, their upcoming, console-based anime channel. We gathered three site members and a special guest to discuss the high and low points of VIZ’s announcement, including programming, pricing, and market viability. You can hear all our thoughts on what the service might offer by grabbing the MP3 file, which runs a shade under 30 minutes.

One point of clarification: During the discussion, The Anime Network was mentioned, and there was some uncertainty as to whether the television channel still exists. According to The Anime Network’s site, their Video-on-Demand service still exists for certain satellite and cable providers, but there is no longer a 24/7 channel.

Let us know your thoughts on our discussion down in the comments!