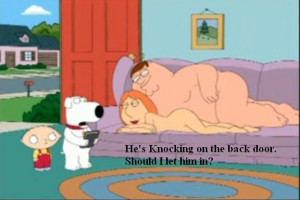 Just a few days ago the V3.56 firmware for the PS3 was released and hours later was spoofed using the master signing key so the pirates could play their Black-Ops and other online mulitplayer games again. Well some other hackers are claiming that the code of the V3.56 firmware contains a “back door” root kit.

For those who are curious about the new PS3 security, it seems Sony has implemented something in 3.56 I mentioned here a few weeks ago that is the same as Microsoft uses to detect and ban 360’s.

Mathieulh just posted about it on IRC.

Essentially Sony can now remotely execute code on the PS3 as soon as you connect. This can do whatever Sony wants it to do such as verifying system files or searching for homebrew. Sony can change the code and add new detection methods without any firmware updates and as the code executes remotely there is no reliable way to forge the replies.

Whilst it is possible to patch or remove this code from the firmware this will likely mean the end of playing CFW online (as PSN can just check before login that this is active) or at the very least mean it will be even easier for Sony to detect and ban users.

Judging from the fact that people can still connect using the proxy method it seems Sony hasn’t activated any of this yet but the functions are there in the new firmware.

You may ask how is this different from patches that Microsoft or Nintendo have put out to stop homebrew and piracy? Microsoft just bans you from Live so you only lose multiplayer. Nintendo warns you before the new firmware is loaded that it will erase homebrew apps. So you have the choice to load it or not. If this root kit is real then Sony will be able to erase files without warning. Their EULA says they can do that but EULA’s have barely been tested in court. Sony is facing lawsuits already over the removal of Other OS but at least they gave you a choice to load the new firmware. IANAL but if they start erasing files and programs without consent I think they will have crossed into criminal territory. That would involve destruction of private property. Only time will tell how this plays out but if Sony couldn’t be taken down by root kits on their music cd’s they will probably get by with this as well.