At the Tokyo Game Show last week Nintendo confirmed that a Smash Bros. game would be coming to WiiU but was pretty much hush about any details.  Well now a “leaked” document has some details for us.

Now this is still rumor and I must stress that as the pic originated on the 4Chan message board (seriously don’t click that from work) before making its way to Reddit. 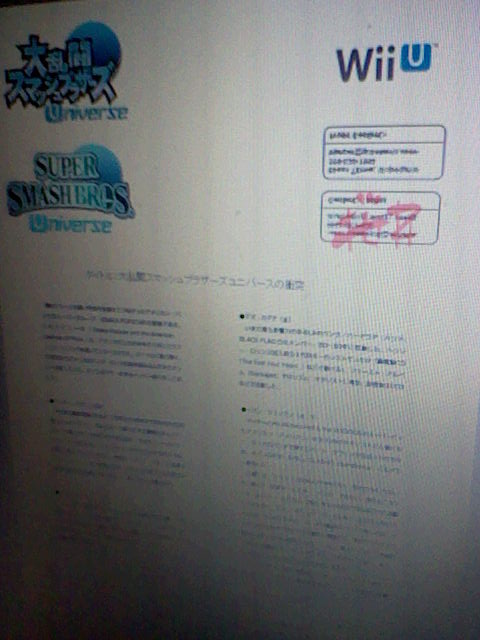 The very blurry memo tells us several things according to a translation from Zelda Informer.

Of course Nintendo is giving the generic “We do not respond to rumors.”  line when I asked about this.

Let’s pretend for now that this is real.  What characters/powers would you like to see added from Sega, Konami, or Square?  I would like to see Golden (Super) Sonic, and Vivi from FF9 make an appearance.