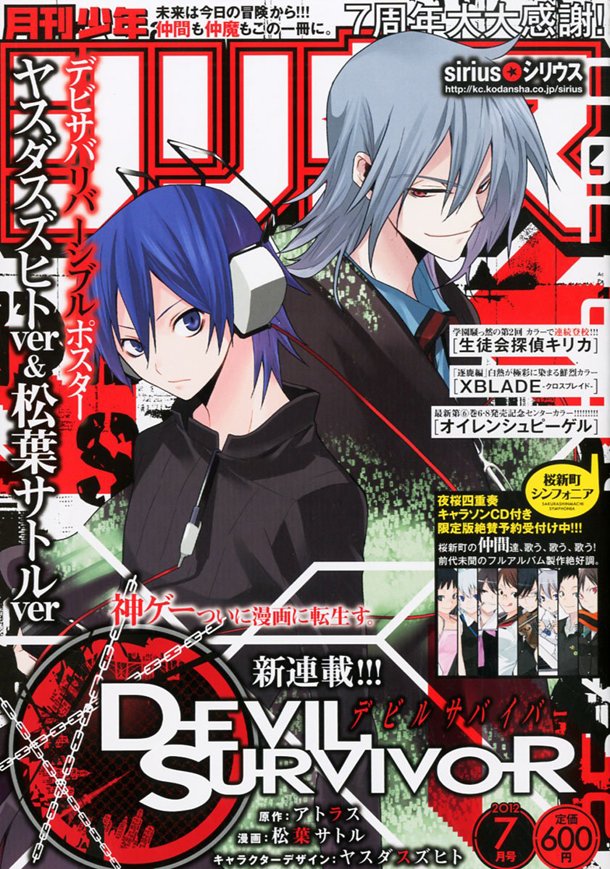 Fans of Shin Megami Tensei: Devil Survivor have some new material to put on their reading list.

Kodansha’s Monthly Shonen Sirius recently debuted a manga adaptation of this Atlus title. Called simply Devil Survivor, the manga is set in Tokyo during the same quarantine that takes place in the game. Demons have invaded the area, and Devil Survivor follows a group of people who choose to fight. The series has story and art by Satoru Matsuba, and the character designs are credited to the original game’s designer, Suzuhito Yasuda.

Though this news is nifty, it isn’t exactly surprising since other Atlus games have also received the manga treatment. Persona 3 and Persona 4 have been adapted into both manga and anime series. Still, it’s fun to see more game stories being adapted for other media. Maybe we’ll eventually see an anime release for this one, as well. There’s no word on whether this series will come stateside for an English publication, but we’ll keep you updated.

Are you excited to see this game receive a manga adaptation? Let us know what you think in the comments!