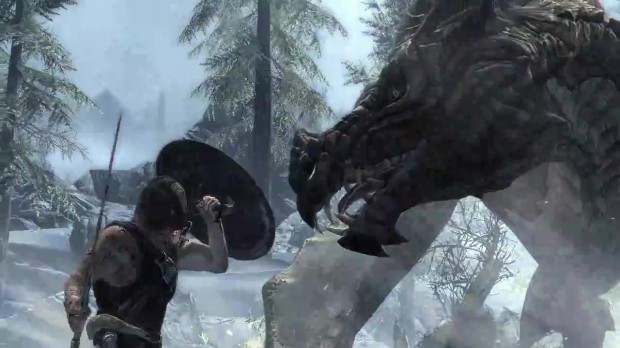 Bethesda may have mistakenly released some 1.5 update information on their blog earlier yesterday.

The blog post stated that the Skyrim 1.5 beta update was released on Steam but the blog post has been taken down since then and there is no sign of the beta update, some new details were gained though.

The blog post revealed that the update will have a new killcams feature, one of them being specific to long ranged combat and magic. These fetures were shown off by Game Director Todd Howard in the Game Jam video during the DICE keynote a little while back.

The update will also contain new bug fixes as well, hopefully putting an end to anymore lag that the game might have.

So are you excited to show off that 360 arrow shot you pulled off with the new killcams? Comment below.