[Author’s Note: This piece originally appeared in the first issue of The Epsilon, a new magazine created and edited by fellow G.A.M.E.S. Blog writer Ari Notis. This article was written in March 2013, and sales numbers used reflect those available at that time. You can find out more about The Epsilon and the other articles contained within it, here.] 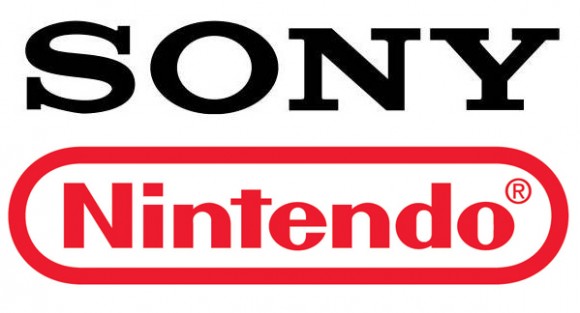 As the seventh console generation enters its twilight years and the eight generation emerges into its dawn ones, early indications put the Sony PlayStation 4 squarely ahead of the pack in terms of units sold. While much of Sony’s financial success in video games over the last two decades is thanks to their own hard work, perhaps the MVP of Sony’s existence as a prevailing game console manufacturer is, in fact, the house that Mario built, albeit unintentionally.

You see, Sony’s success only comes in areas where Nintendo fears to tread.

The mere existence of the PlayStation franchise is thanks to a failed business deal with Nintendo. Circa 1988, the Super Famicom—a.k.a., the Super Nintendo, in areas outside of  Japan—was hitting its stride and in a dead heat with the Sega Genesis for king of the 16-bit era. Wanting to get an edge, Nintendo sought deals with Sony and Phillips to create a CD add-on for their console, which would offer both increased space for content and a second processor to improve audio-visual quality. After a heated competition, Sony landed the contract, but was unable to agree on licensing terms. Nintendo broke off their partnership.

Following that, Nintendo turned to Phillips in hopes of salvaging a deal, but rather than a SNES attachment, Phillips went on to create the CD-i, bolstered by an amazingly bad Zelda and Mario library. In the background, Nintendo continued to develop the Nintendo 64, much to Phillips’ dismay, and the two ceased their collaboration. Meanwhile, Sony was left holding a half-finished console in one hand and nothing to lose in the other. So, in 1991, an announcement was made. The PlayStation was born.

Generation five began in 1993 with the ill-fated 3DO—whose founding company, The 3DO Company, no longer exists—and Jaguar, from Atari. In 1994, they were joined by Sega and Sony, with the Saturn and PlayStation, respectively. Finally, in 1996, Nintendo’s N64 was released.

The N64 offered significant hardware advantages over the original PlayStation, including a 64-bit, 93 MHz processor. By comparison, to the PS1 had a 32-bit, 33 MHz chip. So why did the PS1 manage to dominate the generation? For one, Nintendo lagged behind every other console release by a year and a half, at minimum, thanks at least in part to their diversions with Sony and later Phillips. That’s eighteen months of brand name growth and recognition for Sony featuring graphics that far outpaced the SNES over that span, even with Nintendo’s Mode 7 technology, putting the N64 behind the 8-ball coming out of the gate. Second, despite those hardware advantages, Nintendo decided to stick to cartridge-based games,
which didn’t have load time issues but were more expensive and, most importantly, had ten percent of the space of a CD-ROM. The result was that N64 games could run smoothly but, due to lack of space, tended to be far shorter, and the variety of graphics was comparably limited. This forced the hand of longtime Nintendo stalwarts such as Squaresoft and Enix, who left for the roomier, CD-based PlayStation, allowing for lengthy Japanese Role-playing Games (JRPGs) like Final Fantasy IX— which still took 4 discs to complete. That game clocks in at 1525 MB on the PlayStation Network, which would be the equivalent of 24 cartridges! There is no possible way that a game like that could have ever feasibly worked on the N64. The third and final nail for the fifth generation is one that has repeatedly haunted Nintendo ever since: The N64 was the only console that couldn’t play music CDs. While trivial at this stage, it is a mistake that Nintendo will be determined to make time and time again.

With a few big name developers on their side, Sony went on to carry the fifth generation handily, and set the stage for their dominance in generation six. Sony struck first, releasing the PlayStation 2 in 2000, a year ahead of Nintendo’s Gamecube. Once again, Sony gained an early foothold in the market. Once again, Nintendo offered a technologically superior console, with a faster processor and more RAM. Once again, Nintendo purposefully chose not to let their system be a media center by making the proprietary GameCube disc format over CDs and DVDs. Nintendo also made one more commitment that helped propel Sony forward: Nintendo, and their long-standing “Seal of Approval,” doubled down on being the family-friendly console., But the generation of gamers that grew up on the NES and SNES were older now and wanted more mature titles. While most everyone loves a game of Mario now and then, the PlayStation offered a wider variety of titles—more than triple the GameCube library—including the best-selling PS2 game of all time: Grand Theft Auto: San Andreas, whose not-so-family-friendly content would never appear on the GameCube. Nintendo lost more of their market share to this decision, as Microsoft’s Xbox came to market alongside the GameCube, offering their own mature titles, such as Halo. When the dust settled, PS2 had sold a remarkable 153 million consoles worldwide, with the Xbox lagging behind at 24 million and the GameCube selling only 22 million. A truly sad state of affairs for two reasons: It was bad for gamers, as the GameCube offered a number of wonderful but underplayed games due to a lack of console sales, and it’s bad for business, as this sort of disparity breeds overconfidence. 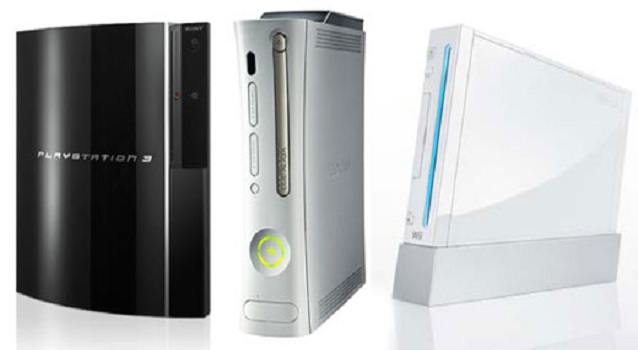 Like the hero of any Greek tragedy, right on cue, this hubris led Sony to fall. With such success in the books, Sony felt nigh invincible; meanwhile, Nintendo started to learn from their recent failures. Sony, Nintendo, and Microsoft all launched consoles within weeks of each other (the PlayStation 3, Wii and Xbox 360 respectively), erasing the early foothold that carried Sony so well for the last two generations, tightening that early sales gap that can spell doom for a console. This time, Nintendo used Sony’s own playbook against them: Offer a system that might be slightly inferior technologically, but give consumers something they had never seen before. In fact, for the first time since the SNES, Nintendo burst out of the gate with an early sales lead thanks to the Wii’s innovative motion control system. This lead grew further as Sony began stripping functionality from their PS3. First, they limited the ability to play PlayStation 2 games, by implementing less than reliable software emulation. After that, they removed the ability to use Linux, a selling point for many early adopters. Finally, they removed PS2 backwards compatibility completely. While this did lower the price of the console, it was not enough to vault Sony’s sales back to where they were the previous generation. When that didn’t do the trick, Sony and Microsoft both arrived late to the party with their own motion-control devices, neither of which captured the attention of the gaming masses. It wasn’t until Sony managed to win the war between Blu-ray and HD-DVD that the PS3 even caught up to the Xbox 360. Capitalizing on their early lead, and Sony’s repeated mistakes, Nintendo won the day, thus far selling over 100 million Wii consoles worldwide while the 360 and PS3 around 80 million apiece (though, it should be noted, Sony would have fared far, far worse without their fortunate decision to invest in Blu-ray).

And so we arrive today, in the eighth generation, with Nintendo once again tripping out of the gate, Microsoft holding their own, and Sony leading the way in sales. While this generation is far from over, the situation feels awfully familiar—like reading the second half of Wuthering Heights, except, as Nintendo showed last generation, there’s a chance someone might actually learn and change something.