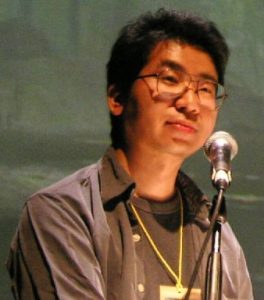 This August, Kenji Kaido became the third big name from Team ICO leave Sony in the last twelve months. He follows former executive producer Yoshifusa Hayama and former creative director Fumito Ueda, who both left toward the end of 2011.

According to Wired, he made the announcement via Twitter on August 27th, saying what translates to, “I have some news. This August, I left Sony Computer Entertainment. My plans for the future are undecided as of now, but for the time being I’m going to continue my summer vacation.”

Kaido acted as producer for both ICO and Shadow of the Colossus, and he was with Sony for 15 years. He also worked on Tomba! and Ape Escape during his time with the company.

What does this mean for Sony and Team ICO? Well, IGN says that Kaido hasn’t been attached to any projects since Shadow of the Colossus, so perhaps this won’t affect The Last Guardian, which has languished in development hell for some time now. Fumito Ueda has actually continued working on The Last Guardian as a contractor since he left the company.

Overall, these creative losses don’t look good for Sony, but only time will tell.