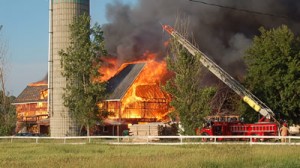 Sony has asked a California judge to issue a restraining order against Geohot (aka. George Hotz), the fail0verflow team (Hector Cantero, Sven Peter, “Bushing,” and “Segher”), 100 “does” over PS3 Master Key Reveal. This is not a lawsuit yet. It is an attempt by Sony to close the barn door after the horse has already run out and the barn is on fire. They believe they can contain the exploit by getting the originators to remove any mention of the signing keys from any website they control. Not gonna happen as the keys are already on torrents, cyberlockers, and personal homepages already. I woouldn’t be surprised if cafe press starts making t-shirts with the code on it like they did with deCSS.

To back up their restraining order, and likley to preview where a lawsuit would go, the following violations are registered in the complaint.

Sony is also asking that all  “circumvention tools” be taken offline and all computers and any media used in this act should be impounded.

Geohot had a copy of his summons here. His site is being overloaded with requests for the document so sorry in advance if you are unable to grab a copy.

I don’t think they can contain this with a lawsuit or restraining order.  Anyone disagree?