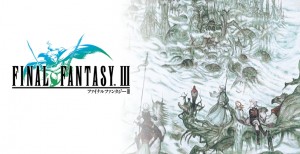 The upcoming OUYA game console, whose Kickstarter currently stands just shy of $6 million with 8 days left, just received a launch title courtesy of Square Enix. When the OUYA console finally comes to market in March 2013, RPG fans will have the chance to grab Final Fantasy III on opening day, and there will be a free-to-play demo of the game to meet OUYA’s requirements. Square Enix has not announced what the final purchase price will be on OUYA, but it is available for download to phones and tablets from Google Play and iTunes now for $15.99, so expect it to hover somewhere around there.

Final Fantasy III was first released in 1990 for the original NES, but it will be the 2006 remake that is released to the new console. The remade version has been available on Android and iOS since 2011. At its original release, FFIII brought a number of innovations to the franchise including summon skills and the job system. Square Enix also announced that they are considering other OUYA releases, but have not selected any titles at this time.